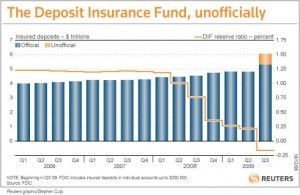 Double-digit inflation is a non-linear development. What I mean by that is, inflation doesn’t go simply from two percent, three percent, four, five, six. What happens is it’s really hard to get it from two to three, which is ultimately what the fed wants.

It’s proving extremely difficult just to get up to two. Personal consumption expenditures (PCE) is the core price deflator, which is what the fed looks at. Currently, it is at about 1.6, 1.7 percent, but it’s stuck there. It’s not going anywhere. The fed continues to try everything possible to get it to two with hopes to hit three. Where the problem arises is once you get to three, the next stop isn’t four, it’s eight, and then it goes to ten. In other words, there is a big jump.

It’s also a partial function of behavioral psychology. It’s very difficult to get people to change their expectations, but if you do, it’s hard to get them to change back again.

Inflation can really spin out of control very quickly. So is double-digit inflation rate within the next five years in the future? It’s possible. Though I am not forecasting it. If it happens, it would happen very quickly. We would see a struggle from two to three, and then jump to six, and then jump to nine or ten. This is another reason why having a gold allocation now is of value. Because if and when these types of development begin happening, gold will be inaccessible.