A few days ago when it appeared that the gold price was ready to take on the $1300 resistance level, either the bullion banks, or some other entity, smashed down the price with a dumping of 15,000 paper contracts ($2 billion notional) in just two minutes time.

However like the several previous manipulations that have occurred over the past month when gold was on the path towards strong moves higher, each decline in price has and is being met with strong buying shortly after the slamdown. 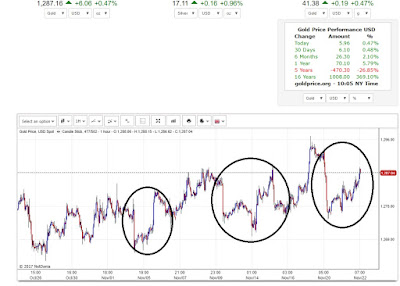 Gold futures worth almost $2 billion, some 15,000 contracts, were dumped on the market in less than two minutes yesterday. The sharp decline was not warranted and suggests one or two market participants wanted the price lower. Such sell offs have been seen frequently in recent months and tend to be short lived. Smart money will again accumulate gold on the dip. As stackers keep on stackin’, and as the manipulation gets called out every time, together, these two things make the manipulation less and less effective every time. – Silver Doctors