by Kevin Muir, the MacroTourist: 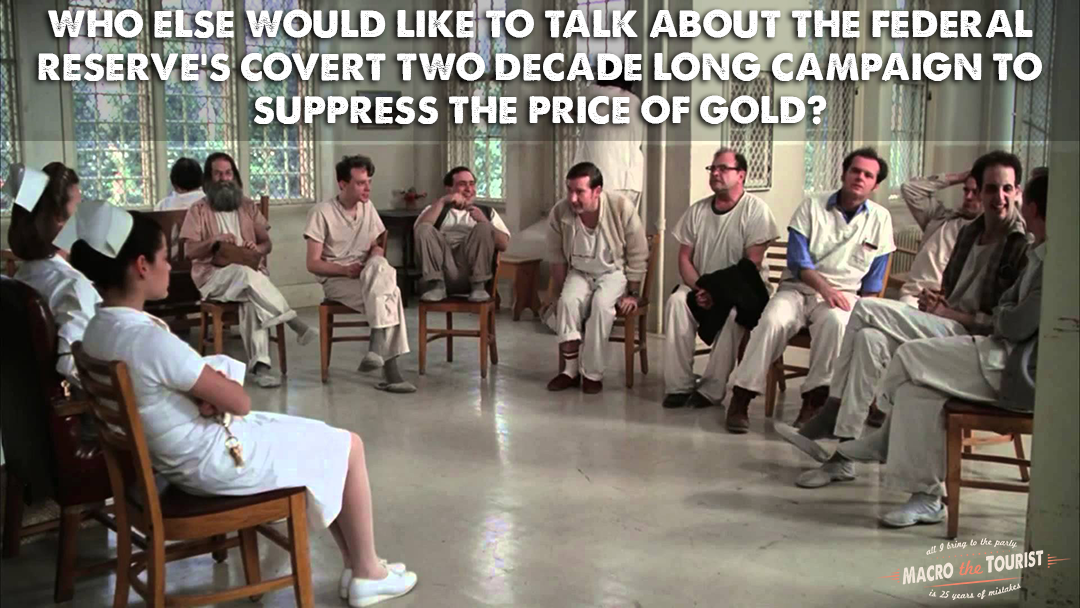 One of my buddies likes to bug me about my gold views. “For a not-completely-dumb guy, you sure have a boneheaded love of that stupid yellow rock.”

Yeah, I get it. It’s my hidden shame. But a part of me feels I am simply brave enough to say out loud what we all feel. Kind of like that other thing that no one says they do, but which everyone does. Don’t bother telling me you’re different – I don’t buy it. My favourite kind of person? That one buddy who instead of denying it, just owns it. When he unabashedly not only admits to doing it, but brags about it, you can’t help but smile.

Well, I am hoping my love of gold squeezes that same sort of smile from you.

In this world of bat-shit-crazy central bank policies, a smidgen of the asset that has maintained its status as a store of value for thousands of years seems prudent. 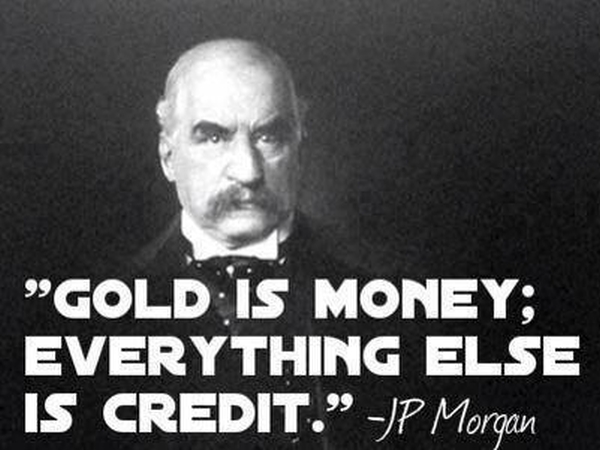 Don’t bother writing me with all your Buffettisms about the unproductive asset that is gold – I have heard them all. I get it. Believe me, I am far from some gold nut-bar who believes Fort Knox is empty and I understand the difference between a long-term income producing asset and some inert rock.

In fact, if I thought central banks were to abandon their aggressive financial repression, I would ditch my bullish gold forecasts. But I view that as a low-probability outcome. In fact, I suspect in the coming decades, the financial repression will get worse. Therefore I view gold to be an asset where the big surprises will be to the upside, not the other way around. I would even go as far to say that when I have no position in gold, I feel naked.

Now that I have made this startling admission (and in the process lost all my “serious” moneyed readers who wouldn’t touch such a barbaric asset), I want to explore what’s happening with gold recently.

Gold has been sucking wind

Much to the chagrin of the gold bulls, the last few months have been terrible. Gold has declined from $1,360 all the way down to $1,210. 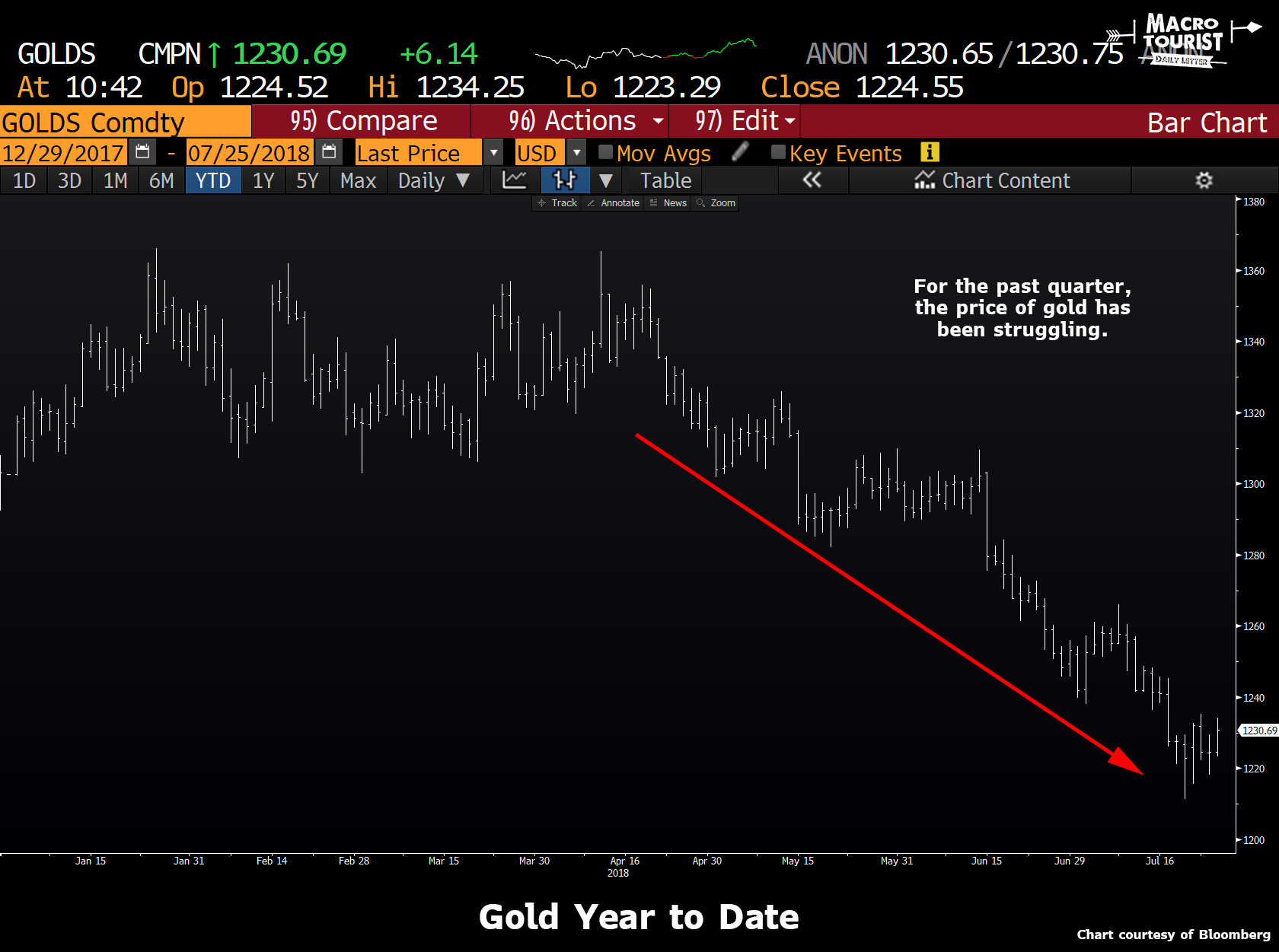 The gold bears have taken a special glee in this decline as they gloated, “see? gold can’t even go up in the midst of a trade war!”

Well, I take the opposite view. Gold didn’t fall amid a trade war, it went down because of the trade war.

We all know gold is inversely correlated to the price of the US dollar. Yet this relationship goes through periods where it is more or less correlated.

But what is interesting is gold’s special attraction to the 900 SDR level since the Chinese were admitted into the Special Drawing Right basket in October of 2016. Now, this isn’t my insight but belongs to James Rickards. Although my favourite former LTCM member is a little too tin-foil hat for me at times, I enjoy listening to his thinking (as long as he doesn’t peddle his DVD box set too hard).

Rickards believes the Chinese have pegged gold to 900 SDR. 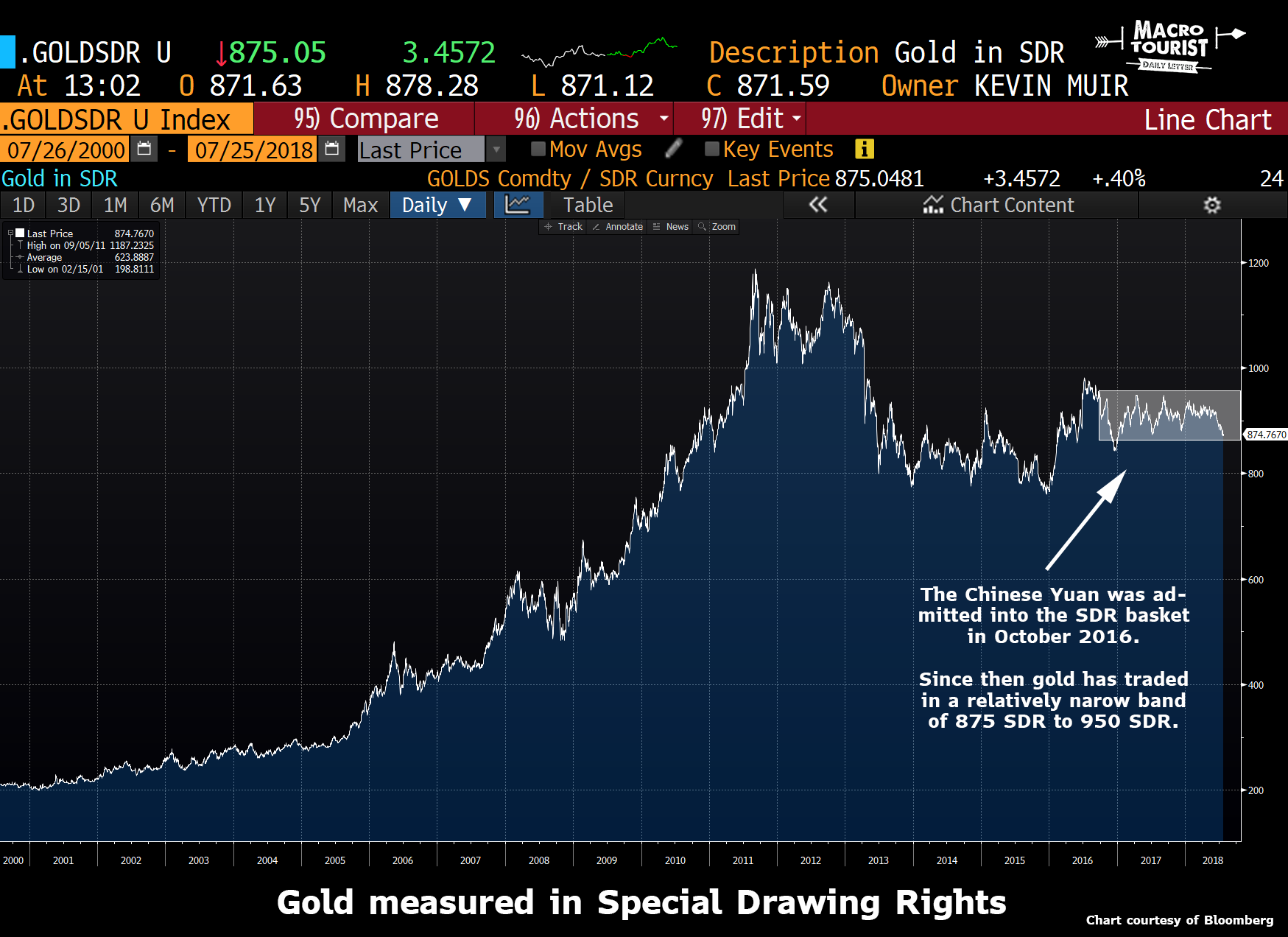 Looking at the chart, it is an interesting theory. Since China’s admittance into the SDR basket, the price of gold as measured in SDRs has been stuck in a relatively narrow range of 875 SDR to 950 SDR.

However, I have an even better chart to show you. Here is the price of gold as measured in CNY: 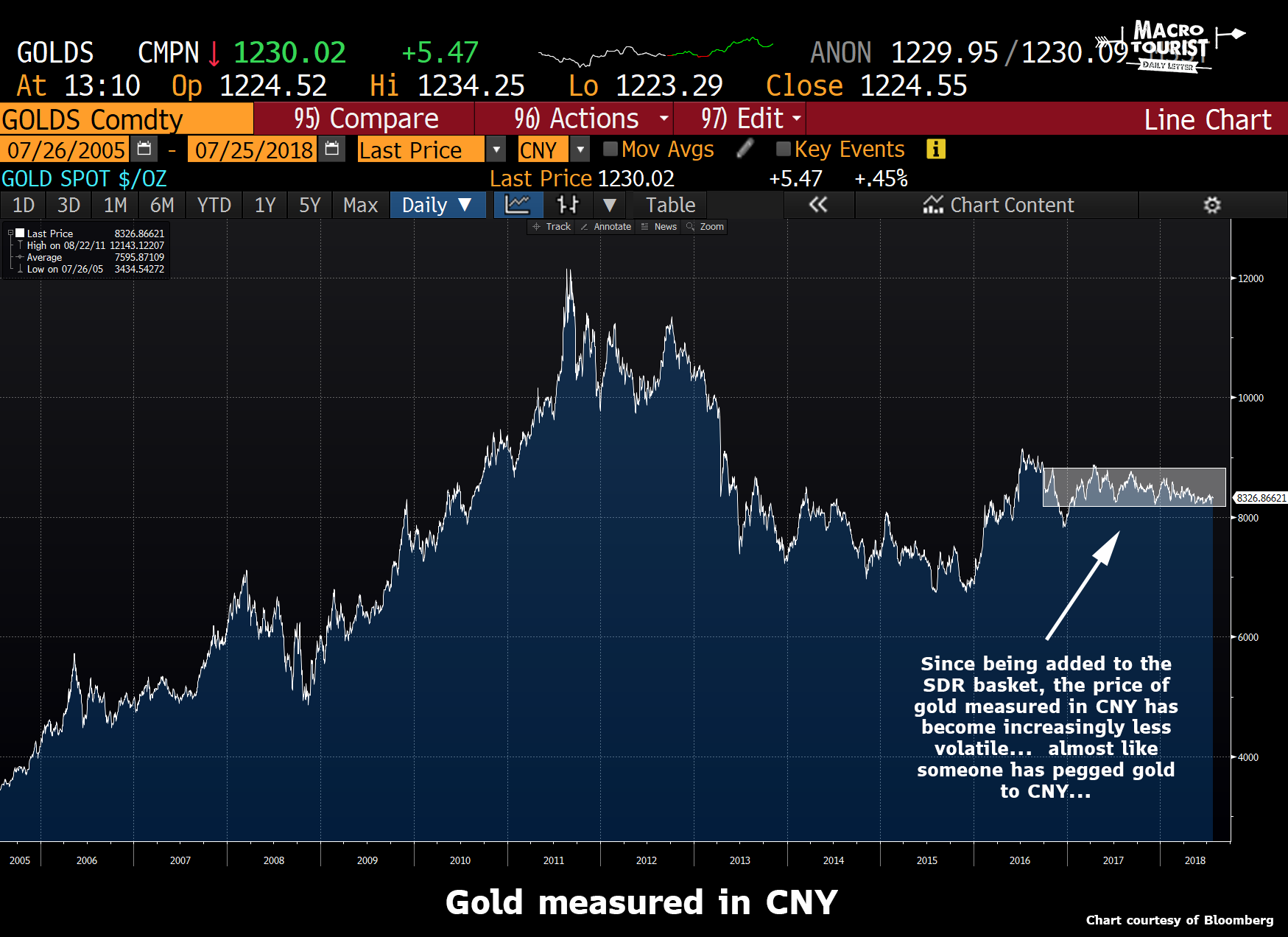 Look closely at the price action of gold measured in CNY. It is becoming less and less volatile… It’s almost as if someone has pegged the price of gold in CNY.

Let’s zip back to the earlier chart of the gold’s recent swoon but with the price of CNY (inverted) added. 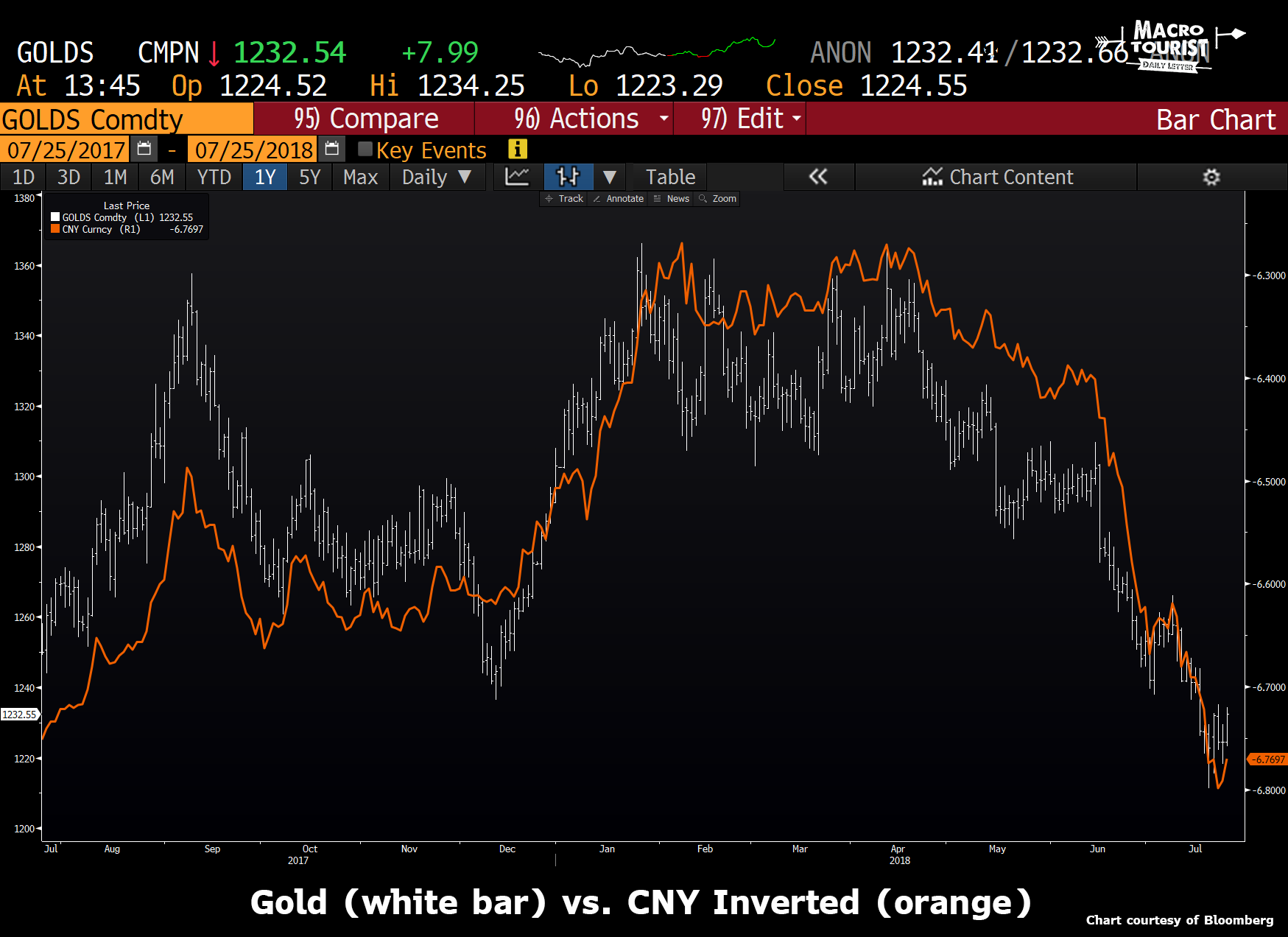 Suddenly it becomes a little more clear why gold has been falling even during a “trade-war”.

In response to the Trump tariffs, the Chinese have allowed CNY to fall, and in doing so, the price of gold has been dragged down as well.

Finally, let’s circle back to Rickard’s gold priced in SDRs. We are at the bottom of the range. 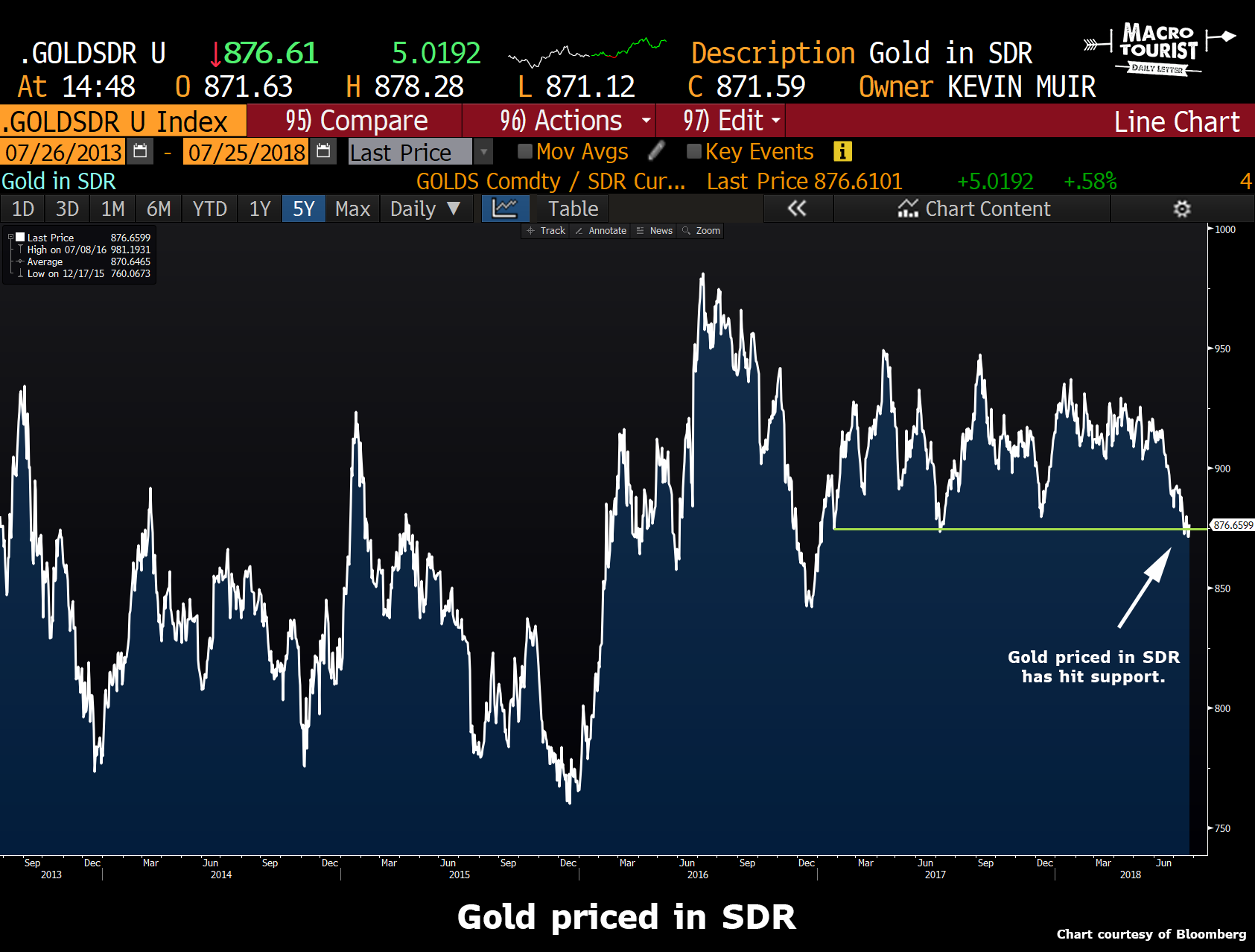 The punter in me says that level will once again hold. So guess what – I like the price of gold down here against the SDR basket for a trade. And if I go through the machinations of that logic, I think that means I am also bullish on CNY. 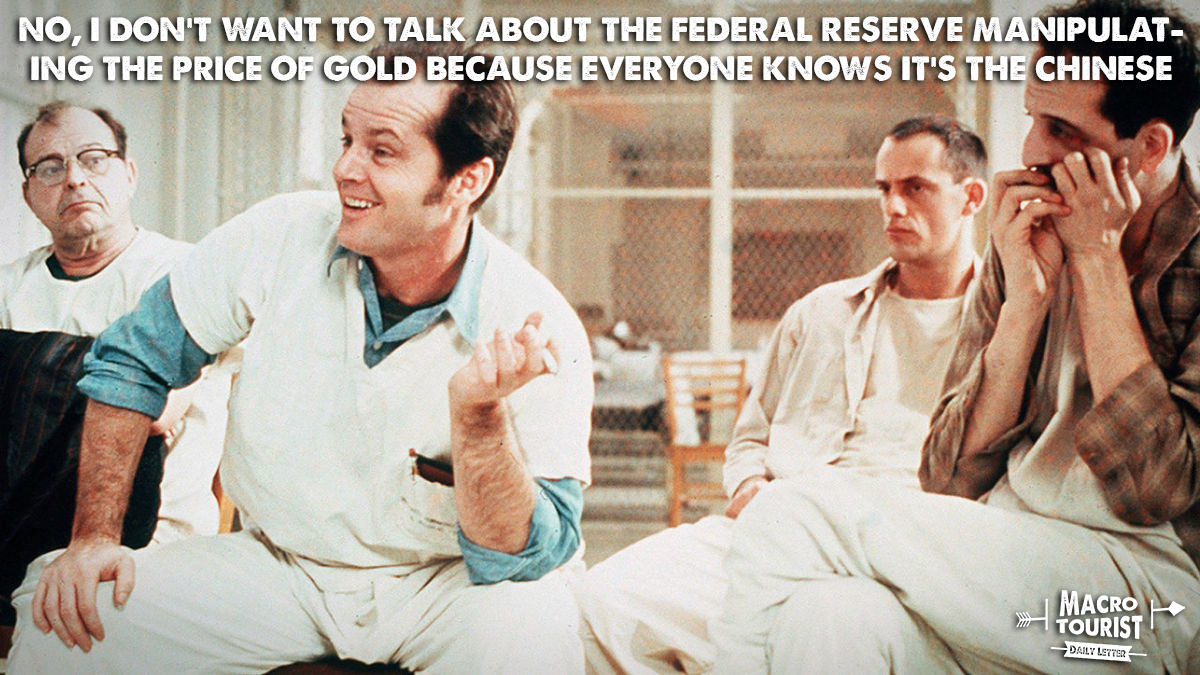 Thanks for putting up with my gold ramblings, and don’t forget – we all know in the safety of your own home when no one is around, you google pictures of gold bars and are just too embarrassed to admit it.