Gold Investment “Compelling” As Fed Likely To Create Next Recession

– Is the Fed about to kill the business cycle?
– 16 out of 19 rate-hike cycles in past 100 years ended in recession
– Total global debt at all time high – see chart
– Global debt is 327% of world GDP – ticking timebomb…
– Gold has beaten the market (S&P 500) so far this century
– Safe haven demand to increase on debt and equity risk
– Gold looks very cheap compared to overbought markets
– Important to diversify into safe haven gold now

by Frank Holmes via Gold.org

Global debt levels have reached unprecedented levels, pension deficits are rising and the US interest rate cycle is on the turn. Frank Holmes, chief executive of highly regarded investment management group US Global Investors, believes that investing in gold is a logical response to current, unnerving conditions.

For centuries, investors and savers have depended on gold in times of economic and political strife, and its investment case right now is as compelling as it’s ever been. 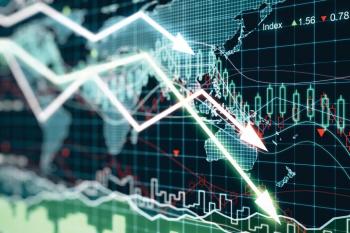 As I write this, gold is trading above US$1,330 an ounce after a strong rally that took the metal to its highest levels since August 2016. Tensions over North Korea, a weakening US dollar, political uncertainty in Washington, an overvalued US stock market, surging public and private debt and negative interest rates around the world have all boosted demand for gold as a reliable and time-tested store of value.

I often refer to this as the ‘Fear Trade.’ For centuries, investors and savers have depended on gold in times of economic and political strife, and its investment case right now is as compelling as it’s ever been.

Let’s look at debt for the moment. Most market-watchers are aware that US government debt currently stands at just under US$20 trillion, an unfathomably large figure that will only continue to climb as the interest compounds. 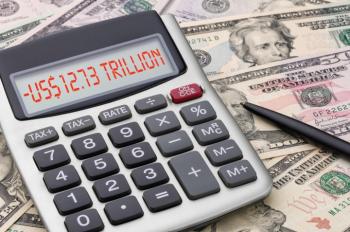 Worrying as this is, it doesn’t take into account other forms of debt that I believe pose an even greater risk to capital markets. US household debt, which includes mortgages, auto loans, credit cards and the like, reached a mind-boggling $12.73 trillion in the first quarter of 2017, according to the Federal Reserve Bank of New York. That’s $150 billion more than the end of 2016 and $50 billion above the previous peak set in 2008.

Even more worrisome is the fact that the number of delinquencies grew for the second straight quarter this year, as more income-strapped Americans binged on credit. As we all remember, this is what ultimately burst the housing bubble only 10 years ago.

But let’s not stop there. According to the highly-respected Institute of International Finance (IIF), total global debt levels reached an astronomical $217 trillion in the first quarter—that’s 327 percent of world gross domestic product (GDP). Note that before the financial crisis, global debt was “only” around $150 trillion, meaning we’ve added close to $70 trillion in as little as a decade. Much of the leveraging occurred in emerging markets, specifically China, which is spending big on domestic and international infrastructure projects. Some are calling this mountain of debt “the mother of all bubbles” or “the everything bubble.”

Paying down this debt will not be easy, whatever you call it.

The situation is aggravated because global pension levels are sharply on the rise. People are living and drawing pensions for longer periods of time and birth rates are in decline in many advanced economies, so there aren’t enough new workers to help pay for those pensions. In May, the World Economic Forum (WEF) estimated that by 2050, the size of the retirement savings gap—unfunded pensions, in other words—could grow to as much as $400 trillion. The US alone adds about $3 trillion every year to the pension deficit.

In trillions of dollars, first quarter of each year

I’ve always recommended a 10% weighting in gold – 5% in bullion, the other 5% in quality gold stocks, mutual funds and ETFs.

Central banks’ efforts to promote economic growth through monetary easing haven’t exactly been a raging success, nor can they continue on this path forever. Plus, near-zero interest rates are precisely what encouraged such inflated leveraging in the first place.

You can probably tell where I’m headed with all of this. Savvy investors and savers might very well see current imbalances as a sign to shift part of their portfolio out of risk assets and into gold and other safe haven investments. I’ve always recommended a 10 percent weighting in gold—5 percent in bullion, the other 5 percent in quality gold stocks, mutual funds and ETFs.

Is the Fed about to kill the business cycle? 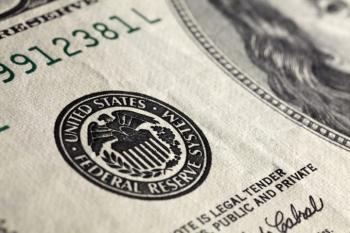 Gold’s investment case becomes even more compelling when we consider the US Federal Reserve’s (the Fed’s) next moves—specifically hiking interest rates and reducing its balance sheet. Both actions have historically preceded recessions, according to 100 years’ worth of data.

It’s common knowledge that the Fed is actively in the process of gradually raising rates but a significant adjustment to its balance sheet is also coming sooner than many anticipated. In a recent address to the Economic Club of Las Vegas, President and CEO of the Federal Reserve Bank of San Francisco John Williams said the Fed is likely to begin normalising monetary policy as soon as the fall. This includes unwinding its $4.5 trillion balance sheet, composed of long-term Treasuries and mortgage-backed securities (MBS). The process could take up to four years to complete.

As I said, this poses a real risk for investors. According to financial management firm Incrementum Capital Partners, 16 out of 19 rate-hike cycles in the past 100 years ended in recession. The results were the same in five of the six times the Fed reduced its balance sheet, according to research firm MKM Partners.

“Business cycles don’t just end accidentally,” says MKM’s chief economist Mike Darda. “They are killed by the Fed. If the Fed tightens enough to induce a recession, that’s the end of the business cycle.”

This is where that 10 percent in gold would come in especially handy. Gold has historically shared a very low to negative correlation with stocks. Consider 2008, the height of the financial crisis: US stocks ended the year down more than 37 percent, while gold held its value, returning 3.4 percent.

Gold’s investment case becomes even more compelling when we consider the US Federal Reserve’s next moves.

Gold has beaten the market so far this century

The current equity bull market, now in its eighth year, is one of the longest in US history—it could very well become the longest. Even so, gold has outperformed the S&P 500 so far this century, returning 86 percent more than the market if we index both asset classes at 100 on December 31, 1999. Over the past 17 years, the S&P 500 has undergone two major contractions. Gold, meanwhile, has held its value well, highlighting its appeal as a portfolio diversifier.

Gold also looks very cheap compared to markets that are highly overbought at the moment. North Korea fears notwithstanding, major averages are regularly hitting fresh all-time highs. As such, the gold-to-S&P 500 ratio is near 10-year lows, meaning the yellow metal is extremely undervalued.

It’s worth noting too, that the stock market rally has been propelled disproportionately by only a handful of tech stocks, such as Apple, Amazon, Facebook and Alphabet. As of August 1, the S&P 500 was up 10.5 percent year-to-date, but if information technology stocks were removed, the index was up around 7.5 percent, a significant difference.

That so few stocks have contributed so much makes the market particularly vulnerable, should those stocks see a major correction. It also underscores the need to diversify into safe haven assets, such as gold.

Chart 3: Gold has beaten the market so far this century