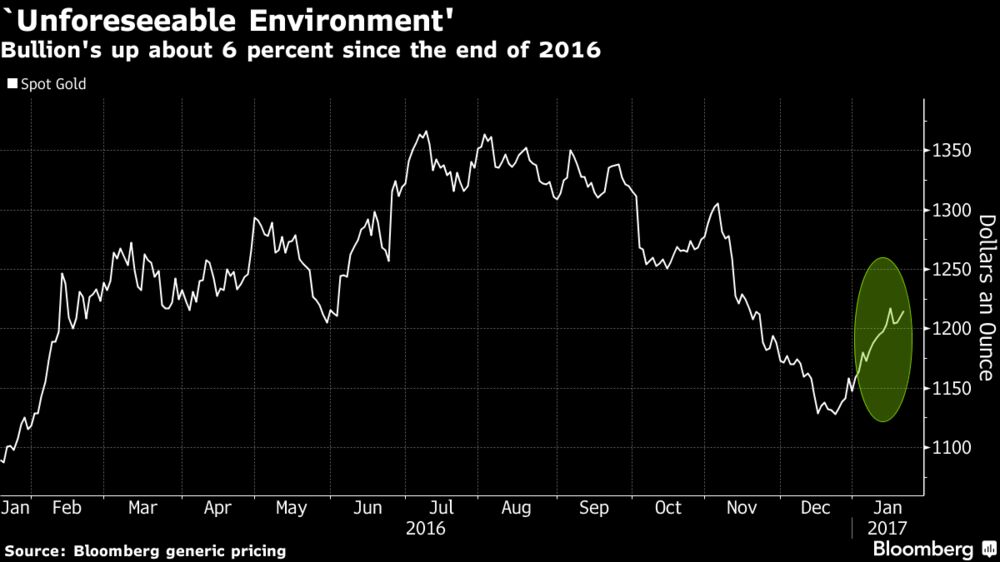 – ‘Trumponomics’: Politics and economic policy in 140 characters
– The ‘intelligence’ according to Trump
– Trump, Putin and Russia – the great bromance
– Trump – Bull in a China shop
– Trade and currency wars with China and other nations
– Trump – Fan of gold and golden tweets
– Conclusion – Trump may be the ‘Golden Ticket’

On Friday Donald J Trump became the 45th President of the United States of America.