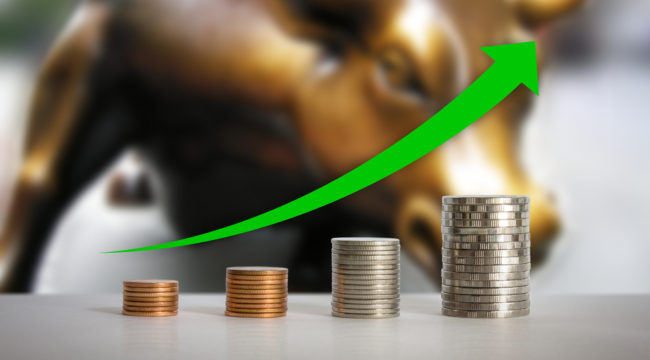 The Deep State is escalating its war on President Trump but the Wall Street partiers apparently couldn’t care less. When the machines tagged 2402 on the S&P 500 yesterday, it was surely a historic case of “look ma, no hands!”

It’s hard to imagine what more will be needed to ignite an eruption of fear and panic in the casino amidst Wall Street’s record and wholly irrational state of somnolence.

After all, the Fed is sidelined and out of dry powder. The Red Ponzi is tottering. The U.S. retail sector is descending into an apocalypse. The giant auto bubble is fracturing. The Trump Stimulus is dead in the water, and Washington is heading for an extended stretch of complete dysfunction and acrimonious combat.

And if that isn’t that enough to upset the applecart — there are a lot more headwinds coming down the pike.

But the point is the insane governance process in Washington, which is completely unhinged, is combined with a level of insane complacency on Wall Street. Which is literally off the charts.

It would be one thing if our current fantastically inflated financial markets were reflective of a gusher of private sector growth, investment and productivity. That is, something like a new gilded age of invention and raw capitalist energy like occurred in the 1880s or 1920s.

The opposite is more likely the case, however. We have a mutant outbreak of financialization, debt, falsified financial prices and biblical levels of speculation and money shuffling — artificial economic conditions which are absolutely dependent upon agencies of the state.

Stated differently, with Washington heading into terminal breakdown, the boys and girls and robo-machines on Wall Street are now home alone. When they discover that there are no more bailouts and stimulus injections coming down the pike, they will panic like it’s October 1987 and then some.

The Fed’s persistent and drastic falsification of interest rates and all other financial asset prices has caused a monumental mis-allocation of capital and other economic resources into unproductive speculation and money shuffling.

That’s the long-run consequence of “pump-priming” with permanent deficit-financed tax cuts under both GOP and Democrat administrations since the 1980s.

Unfortunately, The Donald seems to be falling for the same Keynesian sludge “pump-priming” with deficits.

While cutting taxes is always a good idea in theory — that’s only true in practice if you pay for it (and “earn” it politically) with off-setting spending cuts or a more benign form of taxation. And tax cutting is also likely to be more timely and potent if the tax burden has been steadily creeping higher.

As it happened, real GDP grew by only 1.8% last year compared to 6.0% in 1979. So it just might be the case that too high taxes are not the main roadblock holding back the economy in 2017.

In fact, I think deficit-financed tax cuts are being peddled by the Donald not based on any rational analysis at all. But mainly because Wall Street is very desperate for a new Stimulus fix to supplant the Fed’s sidelined printing presses.

There can be little doubt that the Donald’s advocacy of this old Keynesian snake oil has been foisted upon him by Gary Cohn, the Goldman Sachs heavy assigned to this particular White House.

Needless to say, Goldman has long been a source of powerful agents for the Keynesian Stimulus panacea — from Bob Rubin through Hank Paulson and William Dudley at the New York Fed.

But it also goes without saying that Goldman’s perma-stimulus advocacy has nothing at all to do with economic logic or historical evidence. It’s just the carrot they hang in front of the mule to keep it buying Goldman’s (marked-up) inventories of “risk assets.”

What is wildly different today than in 1977, however, is that the headroom for Wall Street-pleasuring Stimulus has been all used up on both the fiscal and monetary fronts.

The Goldman folks just haven’t bothered to inform the Donald. Perhaps that’s because their marching orders are to keep it a secret as long as possible — the better to call the retail sheep to the final slaughter.

In any event, the fiscal equation went to hell in a hand basket when the old time GOP lost its religion of fiscal rectitude.

Accordingly, the GOP’s most potent political weapon — mobilizing the middle class against Washington spend, tax and borrow policies — was unilaterally surrendered to the permanent beltway establishment.

In fact, during the past 40 years, the public debt soared by 29X (from $675 billion to $19.8 trillion), and from 32% of GDP to 106%. And based on built-in tax and spending policies it is destined to reach $35 trillion and 145% of GDP over the next decade — before taking into account a single dollar of the Donald’s planned additional spending.

The day of reckoning has been forestalled by massive monetization of the Federal debt during the interim. Some 40 years ago, the Fed’s balance sheet was just $100 billion. And it had taken its first six decades of existence to get there.

At $4.5 trillion today, the Fed’s balance sheet has grown 45X during the last four decades or by about 10% per year. The truth is, you cannot pump money that long at that rate with impunity.

So the Donald is now confronted by the worst of all possible worlds. That is, an economy that has been ruined by debt and massive financial inflation, but one that would actually be made worse by attempting to spend even more.

That’s because the U.S. economy has become saturated by debt in every sector.

Accordingly, even small increases in interest rates would cause huge dislocations throughout the economy.

The skunk in the woodpile, of course, is that the worlds’ the central banks are finally out of dry powder. The monumental fraud of government debt and securities monetization that has been conducted during the last several decades for all practical purposes is finally over and done.

Therefore, attempting to add more debt under present conditions will actually blow the casino sky high. Even the Donald’s Goldman handlers don’t really understand that — but the Great Disrupter is surely fixing to prove the case in spades.

I’d tell you to get out of the casino immediately. But if you haven’t so far, I doubt I can convince you today.

David Stockman
for The Daily Reckoning