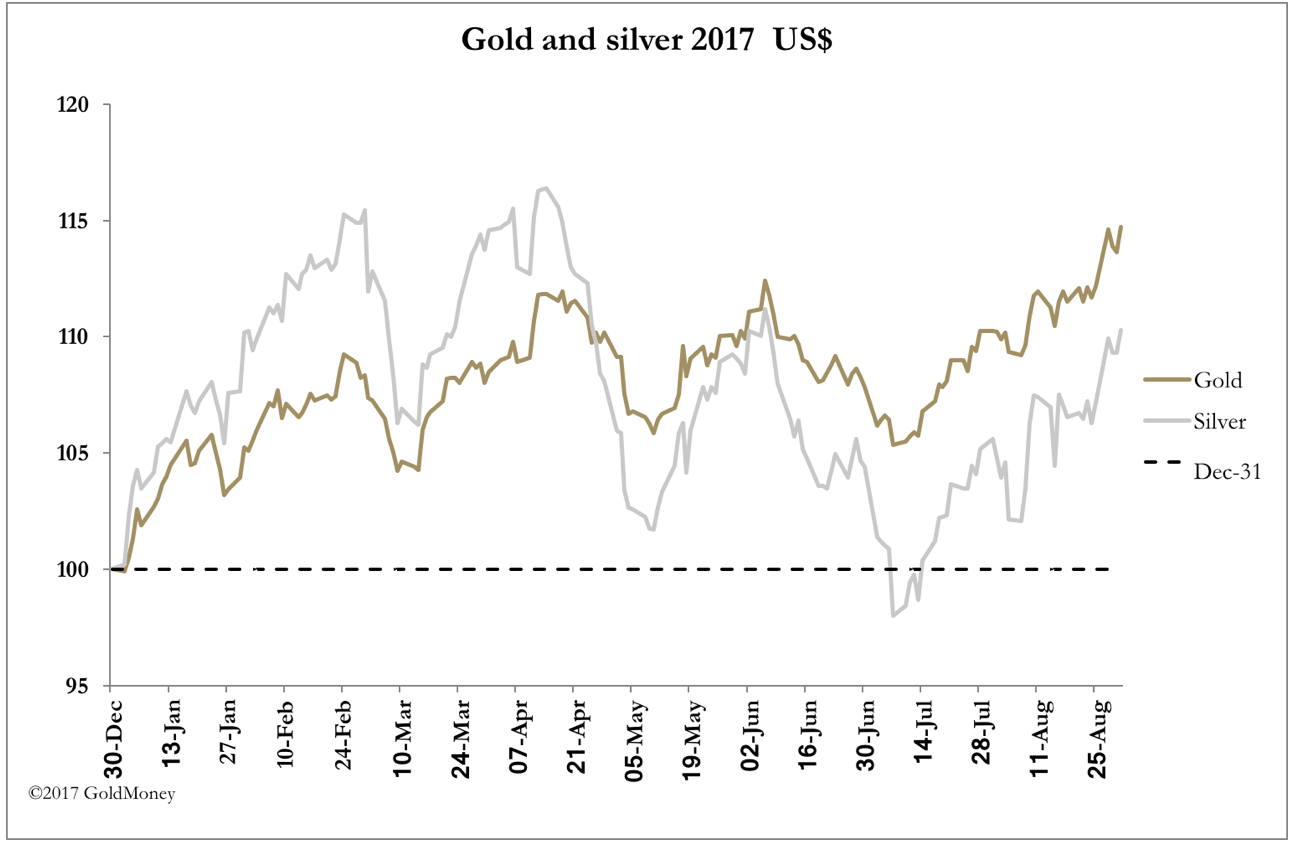 Gold finally broke through the $1300 level on Monday, and did it in style. With London closed for a bank holiday, gold appeared to be edging better in quiet European trade, reflecting a lack of sellers rather than buying. When New York opened, the price rose towards the $1300 level, before roaring through it mid-morning. It closed $27 up at $1319.5 in very heavy Comex volume.

Silver followed suit, and gold by early European trade this morning (Friday) was up $28 on the week at $1318, and silver up 45 cents at $17.52. On Comex, gold is now firmly in overbought territory, with open interest up substantially and at the high for the year, as shown in our next chart.

After breaking the important $1300 level so decisively, some price consolidation was to be expected. And as volumes declined on Tuesday, there was some profit-taking. On Wednesday afternoon, Asian time when trading was very thin, someone dumped 26 tonnes of paper gold on the market, presumably with the intention of driving the price down back through the $1300 level. The attempt failed spectacularly and gold bounced back to close at its high for the year the following day.

There are two elements behind gold’s action. The first is the strength of the euro, pushing the dollar’s trade weighted index lower, and second is the performance of gold itself. Until recently, the recovery in the gold price was the mirror image of the dollar’s weakness, with the euro price down on the year at one point. But now, gold itself is beginning to rise against other currencies as shown in our next chart. 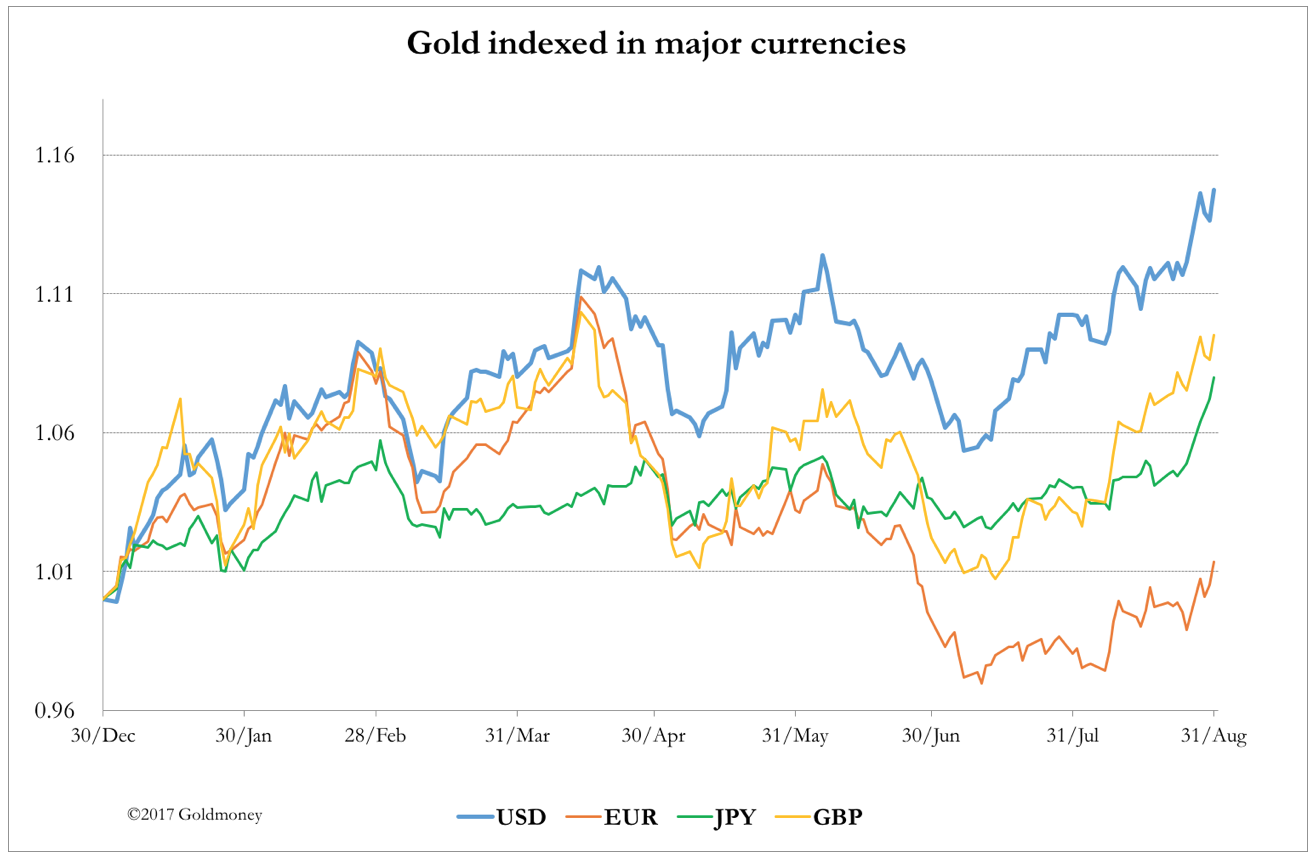 This is a different environment from that over the summer months. Interest in gold in all these currencies is building, and we can expect physical ETF demand to increase over the rest of the year. A resident in the Eurozone, for instance, sees a bull market in the dollar price, and finds that gold is still “good value” in euros. And at some point, the Japanese might see gold as a hedge for a weaker yen.

The dollar looks like weakening further. In the near term, there is the uncertainty over debt limit negotiations, with the US Government running out of money by mid-October. Furthermore, it is becoming clear that the US economy is stagnating, and the world is awash with dollars. Commodity prices are also rising on Asian demand.

The Eurozone economy is beginning to expand, fuelled by Chinese and Asian trade. This is in sharp contrast with the US, which is generally excluded from the Asian story. This leaves Eurozone monetary policy badly wrong-footed, with the ECB still holding interest rates at the zero bound, and bank reserves at -0.4%. Furthermore, QE is still injecting €60bn per month into the economy.

While the world slumbers on, wrongly thinking the Eurozone is in deep economic trouble, the reality is it is financial trouble, because the ECB will be forced to stop its QE and ZIRP in the next few months and increase interest rates. The trouble is, even the ECB doesn’t seem to realise it yet.