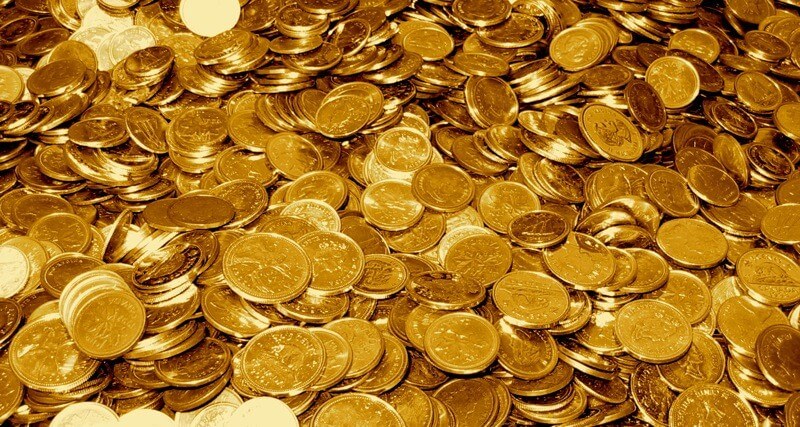 Gold consolidated its recent upward move this week. From last Friday’s close, it was unchanged at $1227 in early European trade this morning (Friday). Silver was down cents at $14.62. 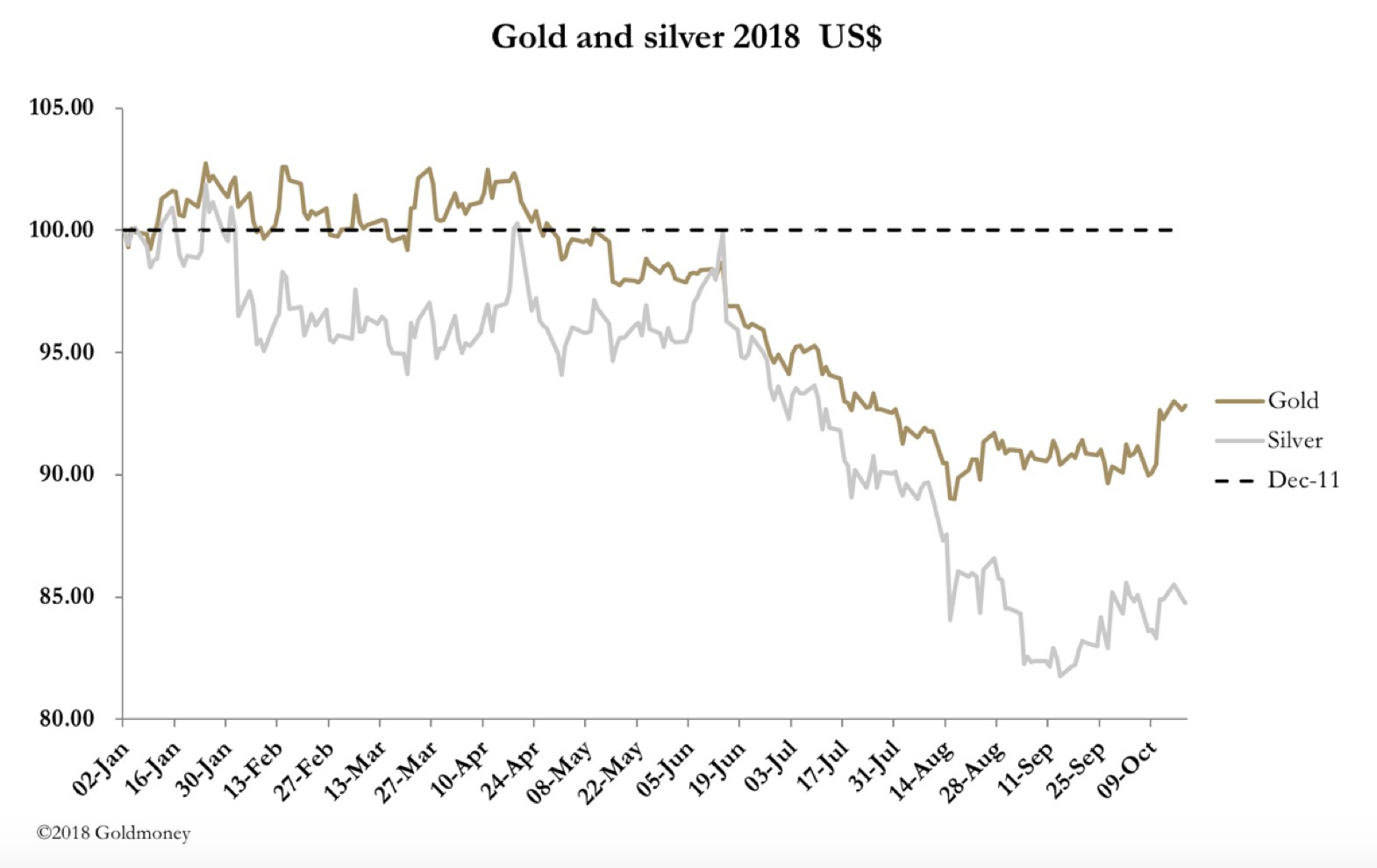 The last Commitment of Traders report (for Tuesday, 9th October) showed the hedge funds deep in the mire with a shocking net short position of 109,454 contracts. This is shown in the next chart. 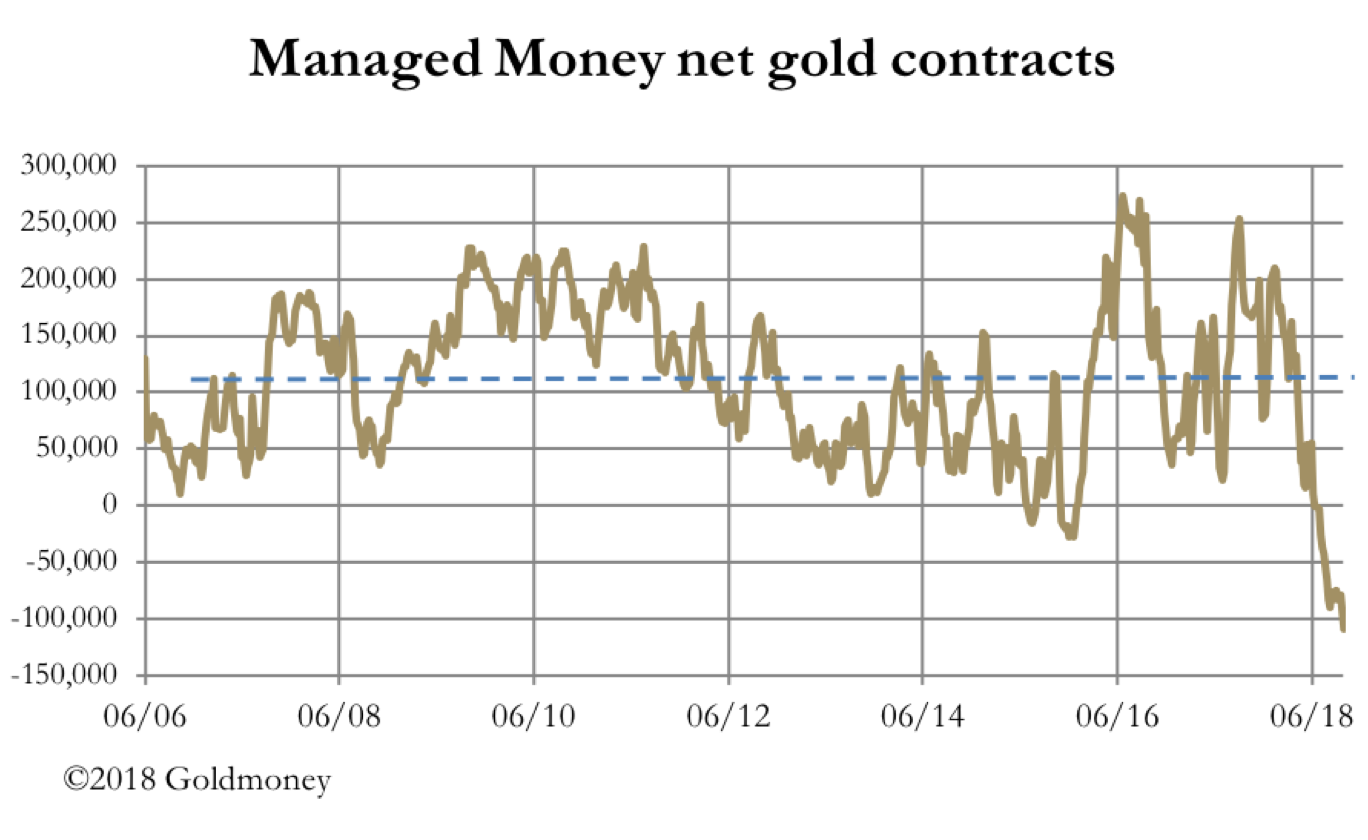 It is truly astonishing. The ratio of shorts to longs was over two to one. The dotted line, at 110,000 contracts net long, is the average neutral position. Meanwhile, the swap dealers (the bullion banks’ trading books) are net long 47,485 contracts. They run the show, so at a propitious moment, they will want to get the gold price higher. Looking at how their positions have changed, they break-even at about $1225, so will feel no fear in squeezing the bears. Why? The bears are already on maximum fear with significant losses, while the bullion banks are moving into profit.

This has been the driver of the gold price from the August lows. The squeeze now has the potential to get really vicious. One would imagine that tonight’s COT release will have a modest reduction in the hedge fund shorts, but from a price point of view, the fun has yet to start. And that’s why the small consolidation following the 10th October move up of $29 looks so bullish.

So much for the technicals. The dollar has had an interesting week, first down and then up. Actually, it’s less about the dollar and more about the euro, which looks like weakening further. It has already taken the dollar’s trade-weighted back to 96 this morning, from a mid-week low of 95. It augers well for gold, because it is not about the dollar’s strength.

The only sour note is the continuing hawkishness coming out of the Fed, which released its FOMC September minutes on Wednesday. Amateurs in the gold market think higher interest rates are bad for gold, and doubtless this is what the hedge fund shorts are betting. The mistake is to compare bullion with interest-rate bearing bonds, when the proper comparison is bullion with physical fiat cash. Understand that, and higher rates can be good for gold, because of what comes with them.

The Hungarian Central bank has recently added 31.5 tonnes of gold to its reserves. Poland has also been adding, buying 9 tonnes, and Russia continues to accumulate roughly 20 tonnes per month. At one level, this is opportunistic, given the price suppression on Comex. However, when you add in the Reserve Bank of India’s purchase of 8.46 tonnes, we see a widespread movement across the Eurasian continent to add gold to reserves.

The geopolitics are simple. There is a growing acceptance that in the long-term the dollar is losing its monopolistic role in global trade. But do you really want to load up on yuan and roubles? Probably not. But Hungary, for example, is doing increasing trade with Russia. She sees the silk road project whizzing past her door. What are China and Russia doing? They are buying gold and that’s what Hungary must do.