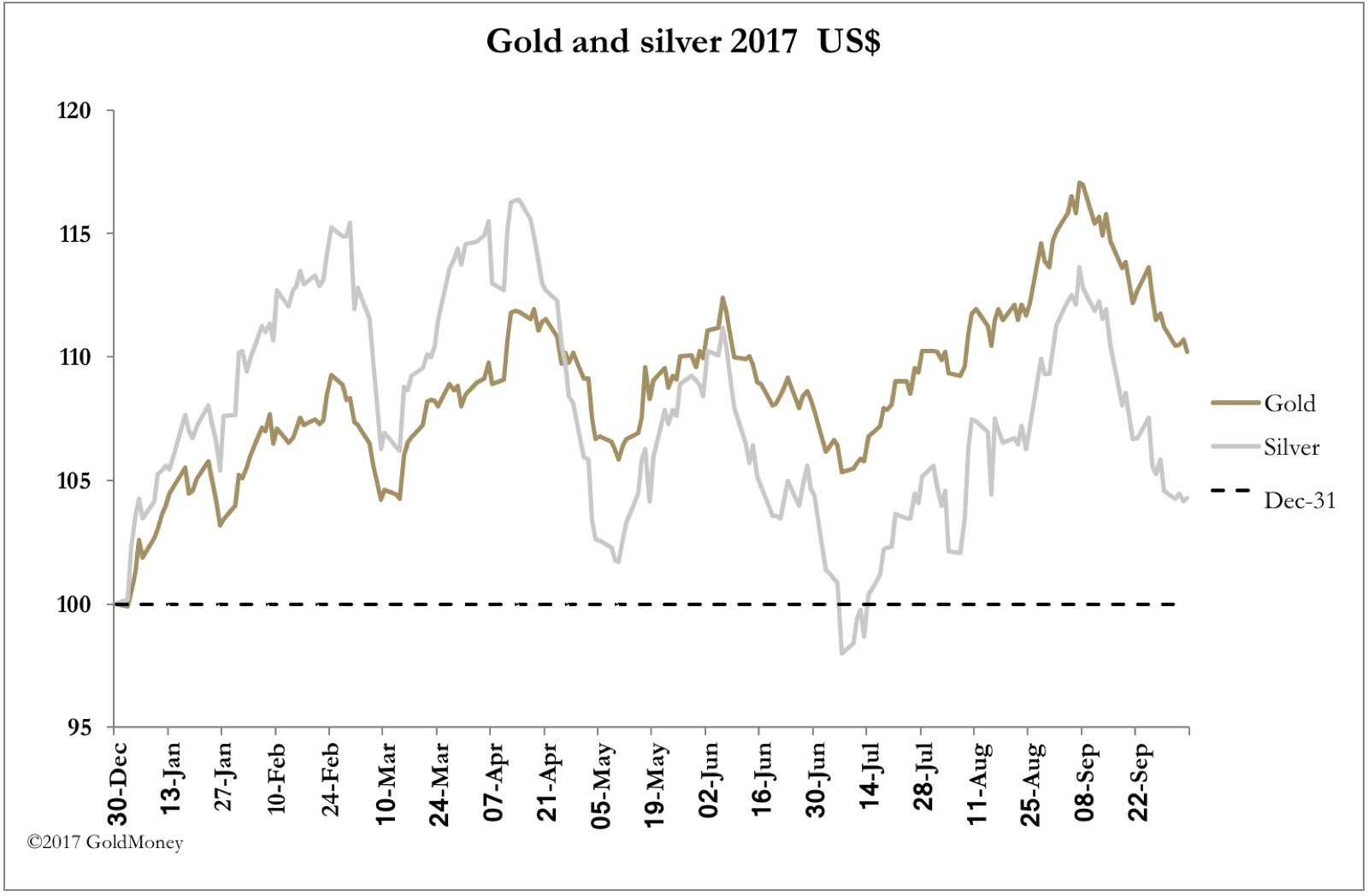 Gold and silver drifted lower in declining volume. On Tuesday, the day of tonight’s Commitment of Traders report, gold’s Comex turnover fell to 211,897 contracts, compared with more normal days of 300,000 to 450,000. When turnover drops like this, it often indicates downside exhaustion and precedes a technical rally.

These are holiday numbers, and probably reflect China’s annual Golden Week holidays, which are this week. Ironically, it is the one week that’s not golden for markets, removing the largest source of physical demand for gold for a whole week. This is likely to be a big part of the reason why precious metal trading has ground to a halt.

If this is the case, there could be a pick-up in physical demand next week. More importantly perhaps, is the Chinese 19th Party Congress, which commences on 18th October, after which plans for future development are likely to be confirmed and will proceed. This should lead to renewed demand for base metals, likely to be reflected in futures prices in the coming days. There is therefore a reasonable prospect of silver prices outpacing gold.

Part of the reason for precious metals being weak is a continuing dollar rally. The USD Index Future has risen 3.1% since 8 September, when gold topped out. Ms Yellen warned last week that USD interest rates may have to rise quicker than originally thought, and doubtless this has helped the dollar. It certainly gave sterling a boost when Mark Carney echoed her thoughts, though sterling has since declined on political turmoil, following the Conservative party conference.

The dogs that have yet to bark in the night are the European and Japanese central banks, still stuck with negative interest rates. However, the minor weakness in these currencies is likely to be temporary, once the interest rate debate devolves their way.

Our next chart shows the effect of gold’s recent weakness in the four major currencies. 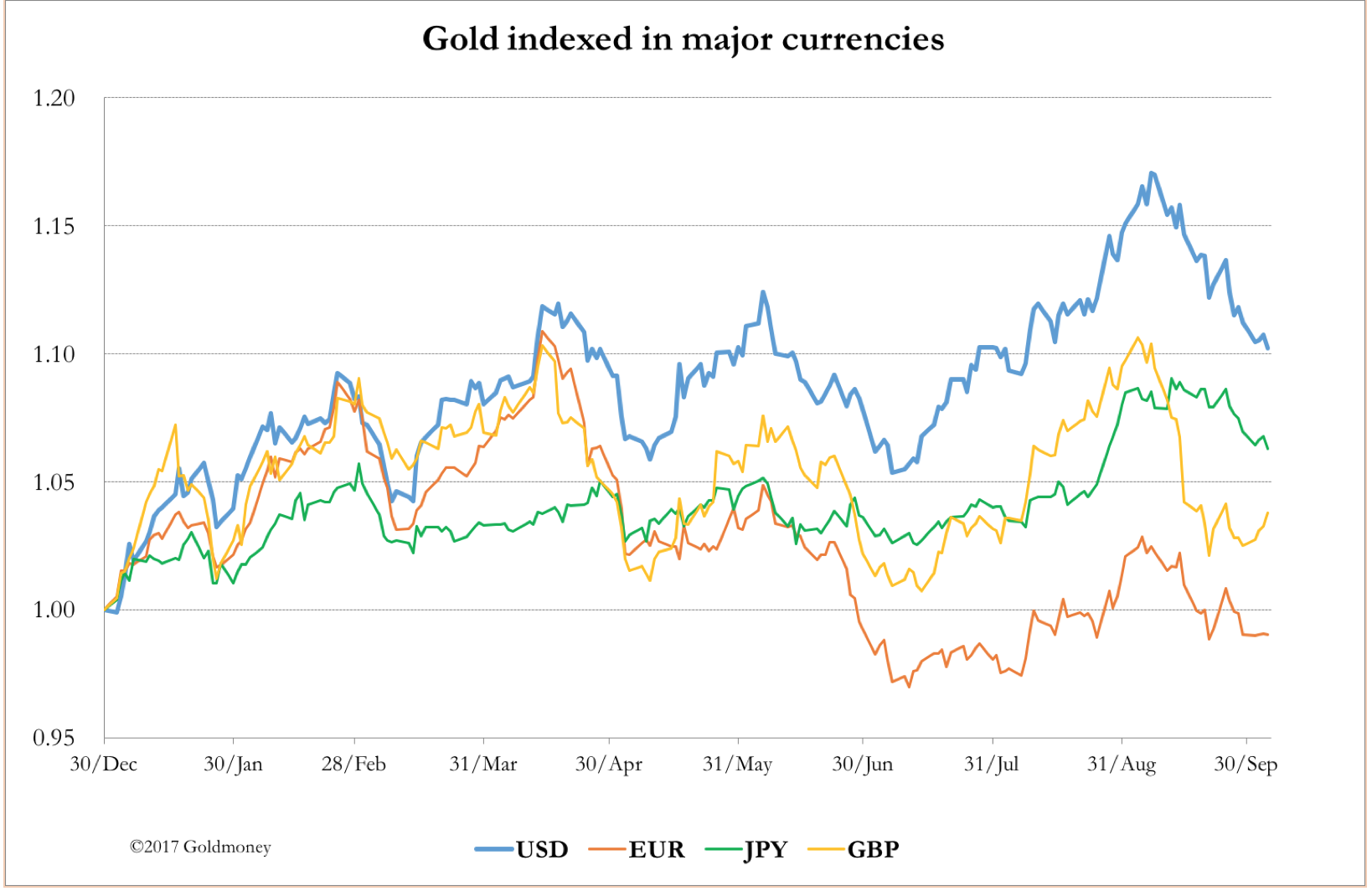 Gold measured in euros is now down 1% on the year, and in sterling up only 4%. It will be interesting to see whether these low prices stimulate public demand for physical metal.

Looking ahead, gold will have to adjust to a world of rising interest rates, particularly in the Eurozone and Japan. As I argue in this week’s Insight, it appears the world is already in a phase of credit expansion angled at non-financial businesses. The implication is that in real terms adjusted for rising price inflation interest rates will be at their most negative, and that central banks have already lost control over credit demand. These are the best conditions for gold, silver, and industrial commodities, because the purchasing power of unbacked state currencies will accelerate their decline.

The transition from today’s simplistic relationships, characterised by strong dollar equals weak gold, higher interest rates equals strong dollar, is bound to be muddled. But for those prepared to take a view, the outlook for gold and silver prices appear to be improving.