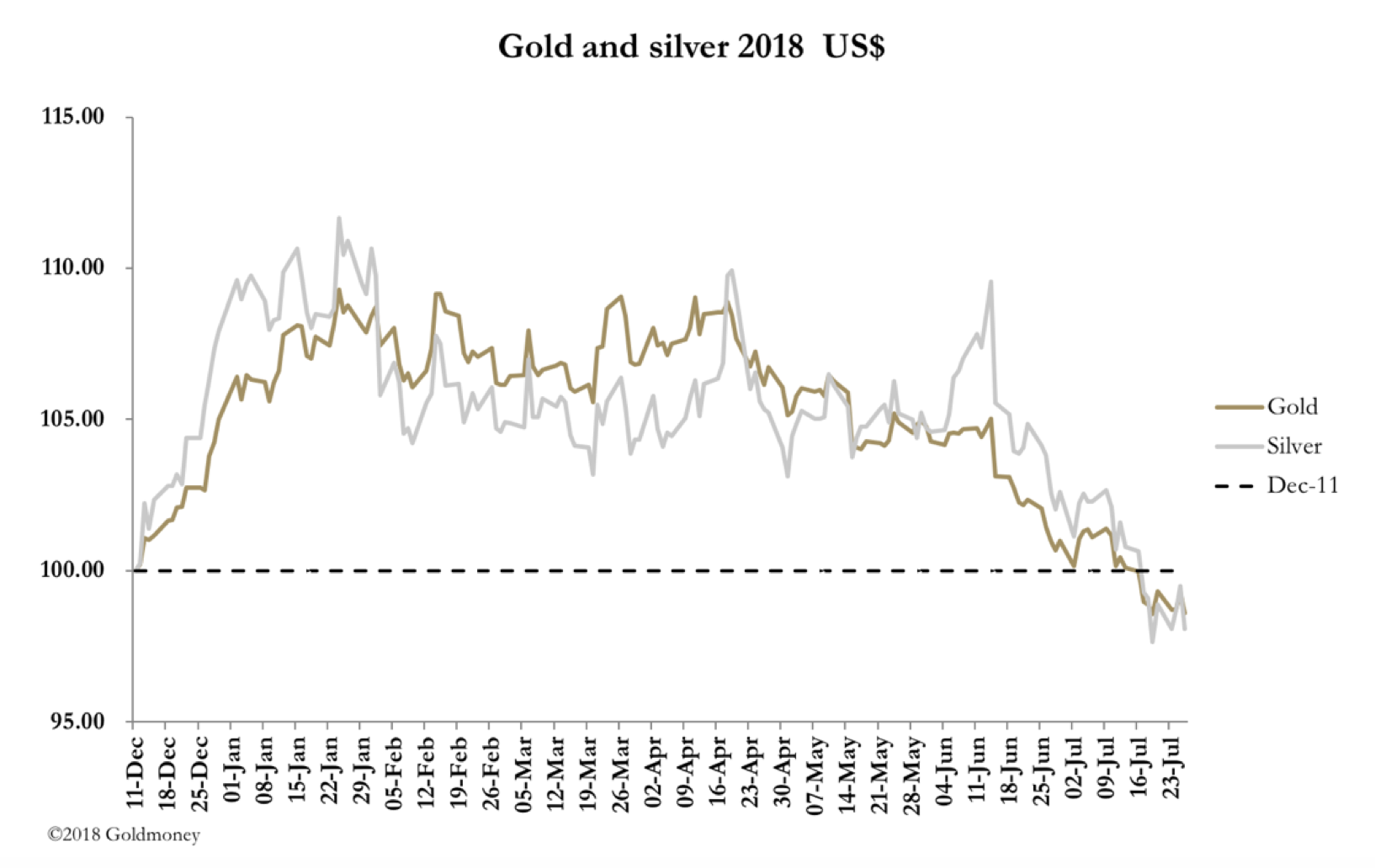 The bears continued to dominate precious metals futures this week, and the shorts in the managed money category on Comex stood at a record at the last Commitment of Traders Report, dated 17thJuly. This week gold and silver prices consolidated recent falls, ending up little changed from last Friday’s close. In early morning European trade gold was down four dollars from last Friday’s close in New York at $1219, and silver down three cents at $15.36.

Our next chart shows the relationship between gold’s open interest on Comex and the gold price. 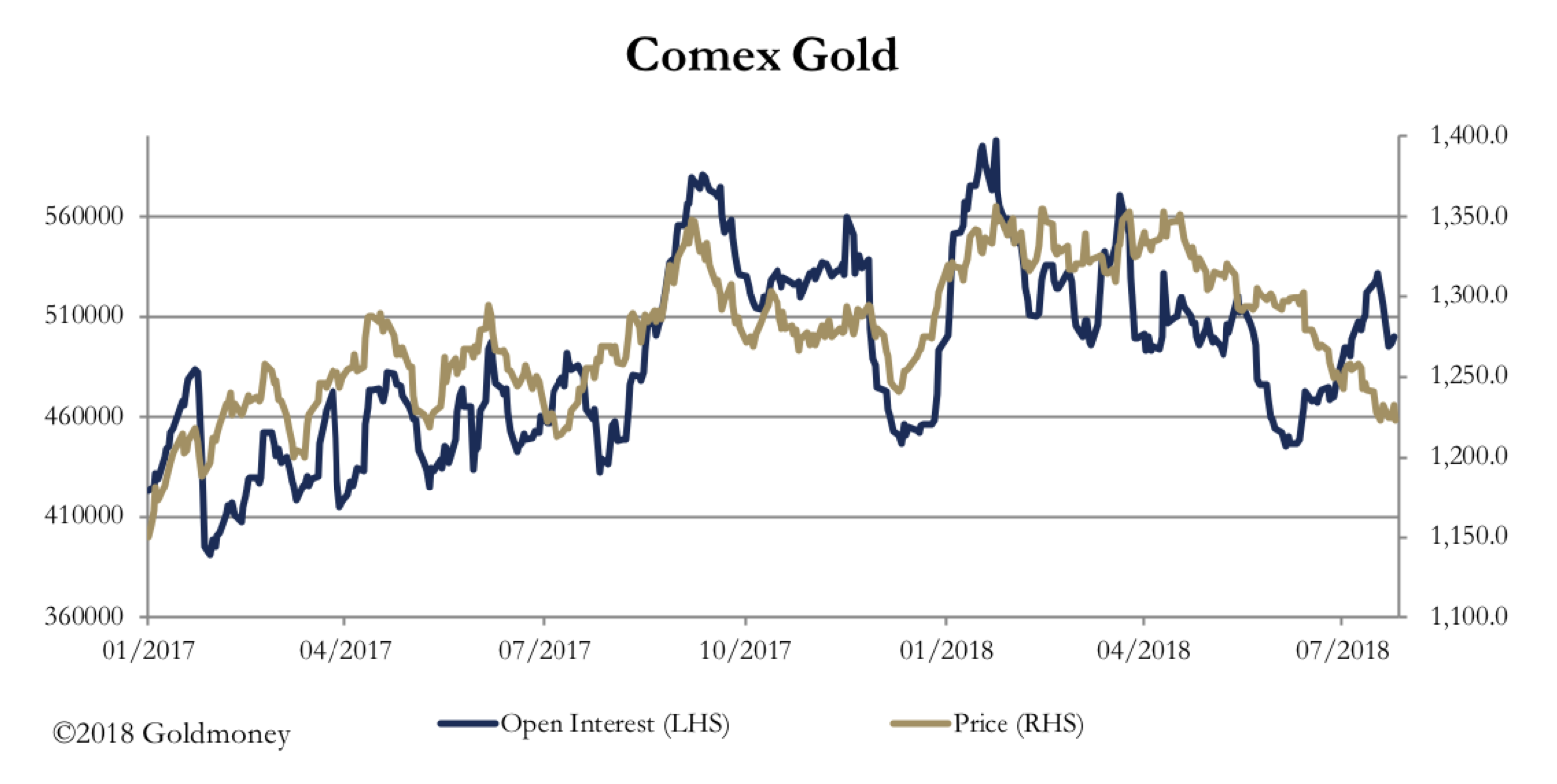 Normally, one would expect a rising gold price to be accompanied by rising open interest, and until recently the correlation has held. This is because a rising price is driven by buyers for whom new contracts are created, and a falling price by selling, in other words existing contracts are extinguished. But note how from early-June this relationship reversed, after the gold price had already declined from $1350 to challenge the $1300 level which at the time had been seen as a major support level.

When that $1300 level broke, open interest expanded by some 85,000 contracts by 18th July, since when open interest has declined somewhat, but that is only due to the August contract running off the board. In other words, the speculators, i.e. hedge funds in the managed money category, have been creating new short contracts after a significant fall in the price has already occurred.

This behaviour is symptomatic of a selling climax. Copper, which is seen as a yardstick for global industrial production, has also fallen roughly 13% since 11th June, while the dollar’s trade weighted index has moved sideways. The logic of the bears is therefore not so much based on a strong dollar but concerns that the global economy may be stalling. This is particularly notable in market commentary about China, and the assumption that Trump’s trade policies are causing damage to her economy. The weakness of the yuan/dollar rate is taken as confirmation.

Western commentators consistently misread the Chinese situation, fixated on the American style of market management by intervention, and unable to read the signals emanating from China’s different mercantilist approach. In China, the state decides, and people are moved. In America, people move, and the state reacts.

It is relevant because much of what is happening in China is pre-planned, giving the Chinese government a high degree of control over events. China has been deliberately reforming its shadow banking system to squeeze speculation out of her economy. She is simply redirecting her capital resources in accordance with her thirteenth five-year plan, in preparation for an expansion of infrastructure spending.

A lower yuan exchange rate allows her to sell down her US Treasury holdings, and at the same time apply pressure on the Fed to ease on its policy of monetary tightening. When those twin objectives are achieved to her satisfaction, China will want to see a higher-trending exchange rate to reduce the relative cost of the raw materials she needs to import for her five-year plan.

Coming back to precious metals, we can see why peak bearishness has arisen, and why this sell-off could mark the start of a more bullish phase.