Gold and silver fell heavily on good Comex volumes last Friday and continued to drift lower over the course of this week. From last Friday’s close, gold is down a further $10 at $1270 in morning trade in New York, and silver is off ten cents at $16.42 on the same time scale. Gold’s oversold condition had corrected moderately with some hedge funds tempted to put a toe in the water, and they were easily shaken out. 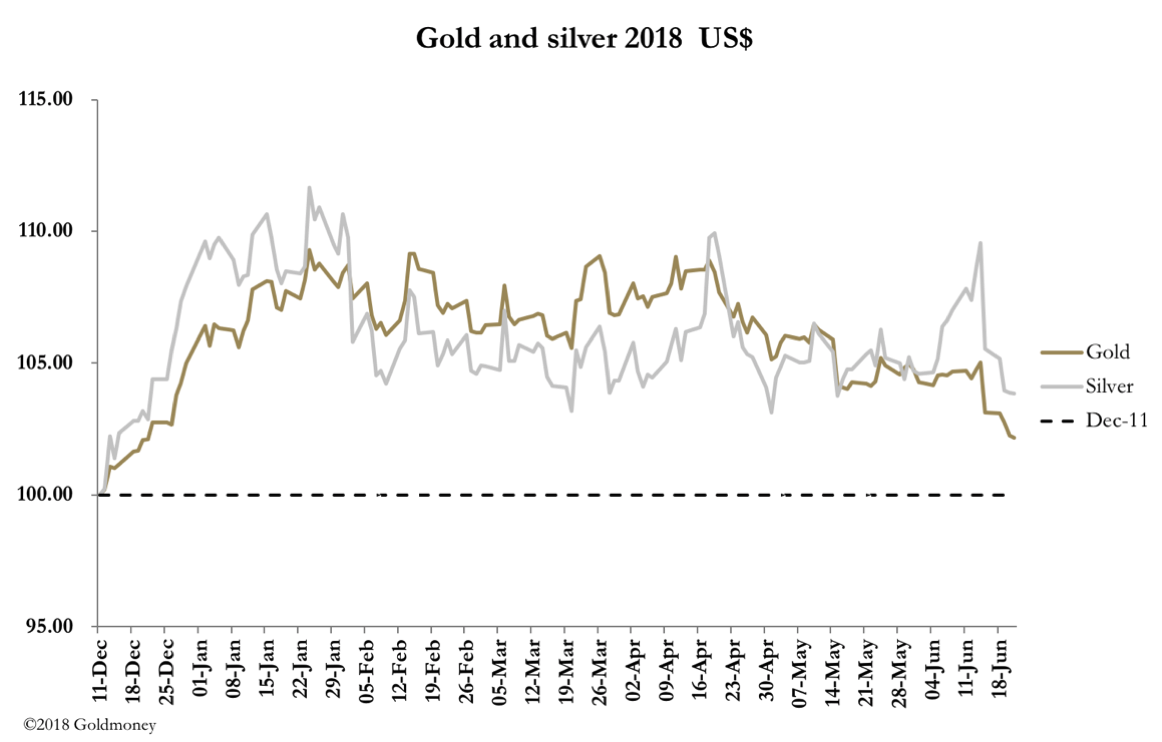 I warned in the market report for 18 May that a sell-off down to $1250 was a possibility, because both the $1300-level and the moving averages had been breached. That sell-off is now happening, and gold is trying to find a level. So how bad is it?

The next chart shows that gold has come back to test a rising trend line, shown by the pecked line. 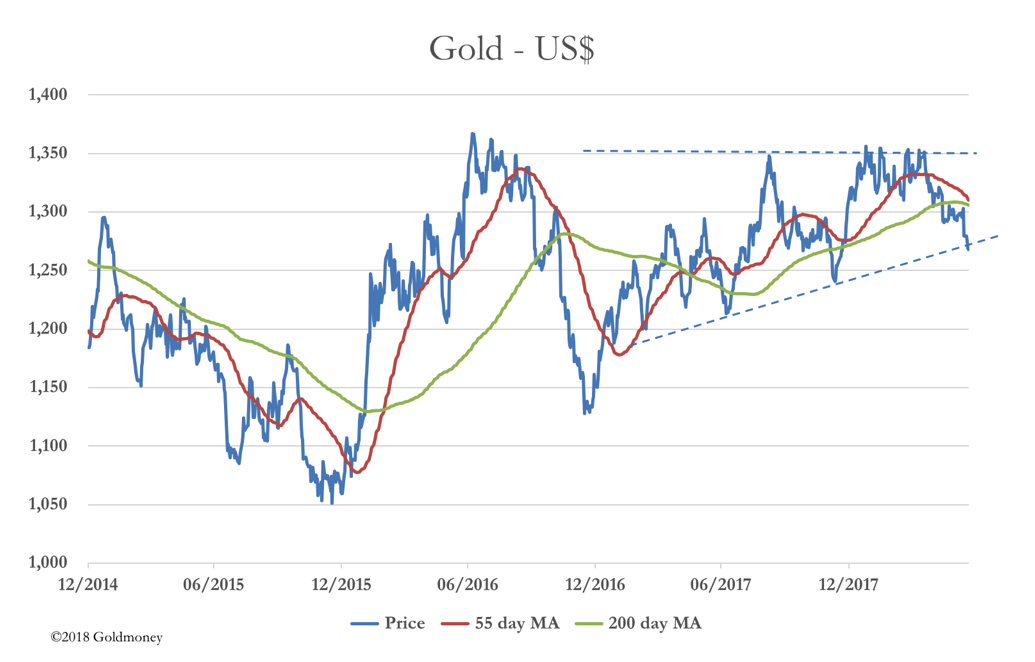 Short-term traders will note that a break of this line, accompanied by an emerging death cross of the two moving averages, is a bearish signal. They will also tell us that the dollar is strong.

There is no doubt that we are heading for monetary trouble. The Fed realises that the US economy is expanding, and it is very much aware of the potential for price inflation from additional fiscal stimulation from now. Meanwhile, the ECB, Bank of Japan and Bank of England are wrong-footed on interest rates (though the Chief Economist at the BoE is now pushing for higher sterling rates). This tells us that purely on the basis of interest rate differentials, the dollar has further to rally.

But interest rates are only one consideration, the other being trade imbalances. Despite all the talk of tariffs, the US trade deficit will grow from here, being the twin counterpart of a rising budget deficit. This means we have financial buyers of the dollar, and at the same time, commercial sellers. So, the potential for the dollar to rise from here is not as clear cut as the bulls would have you believe.

It is likely that the other major central banks will begin to prepare the markets for a change in interest rate policies, in which case the dollar will weaken against their currencies. As regards gold, there is not enough evidence that the support line in the second chart above will hold. Either it will break in a further sell-off next week, or if it holds, more consolidation in a developing triangle will be required before a bullish trend can resume.

A further consideration is traders at the bullion banks were, as of the last Commitment of Traders Report (12 June), net short 45,000 contracts on Comex. This is not a lot, but enough perhaps to persuade them to suppress the price ahead of the run-up to the month end, which happens to be the end of Q2 as well. Furthermore, the July contract for silver is running off the board with another 73,711 to close or roll into September, which could bring some pressure to bear on the silver price.

Steadier prices in gold and silver look to be deferred into July, which given the general bearish sentiment already in them may form the basis for a significant turning point.