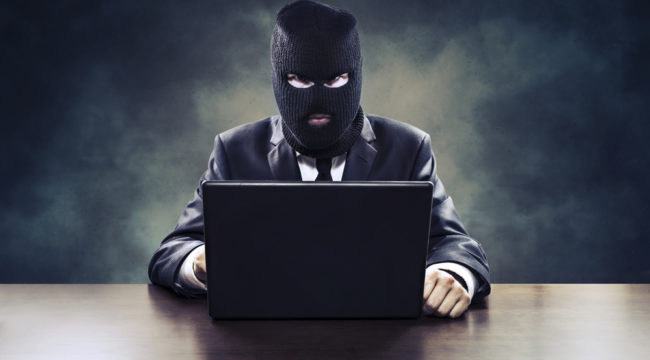 The Chinese credit bubble is a ticking time bomb. That bubble is primed to explode with or without anything Trump does. When it happens and how it happens will have profound implications for your portfolio.

Bernie Madoff may have set a record for the biggest Ponzi scheme in U.S. history (if you don’t count Social Security), but China has set the world record.

Now China is about to set the world record with a $9 trillion Ponzi. Here’s how it works…

The Chinese have a middle-class of several hundred million people with a high propensity to save. Most Chinese don’t get to invest overseas, so they are limited to real estate, gold and local investment products, mostly sold through banks.

When customers go into a bank, they are offered a standard bank deposit paying about 2%, or a “wealth management product,” (WMP) that pays about 8%.

WMPs are something like the collateralized debt obligations (CDOs) that brought down Lehman Brothers.

Many customers naturally take the 8% return and invest in bank-managed WMPs. Customers believe the WMPs are guaranteed by the bank or the government. They’re not — WMPs are just unsecured investments.

WMP’s have been described by the former Chairman of the Bank of China as the greatest Ponzi scheme in history.

The banks use sales of WMPs to invest in the riskiest development projects and state-owned enterprises (SOEs) on the edge of bankruptcy.

These institutions behind these projects, financed by the original WMPs, cannot repay them. So most of the WMPs will never be repaid.

Banks rely on sales of new WMPs to redeem the old ones at maturity. Today, when a customer wants his money back, the bank sells a new WMP, and uses that money to cash out the redeeming customer. The new investor steps into the shoes of the old with the same bad underlying investment.

What happens when everyone wants his money back at once, or new customers just stop investing?

That’s what happened to Madoff, and that’s what will happen in China. Even China’s $3 trillion in hard currency reserves won’t be enough to cover a $9 trillion panic.

Total Chinese debt at all levels (household, corporate, bank and government) is now more than 250% of GDP.

However, this 250% figure understates the problem. It does not include the WMPs, which are technically investments kept off the balance sheets of the book. It also does not include provincial obligations that take the form of guarantees. Those will have to be bailed out by Beijing.

Most of the debt is coming from the corporate sector. But, these are not normal corporations as understood in the U.S. These are mostly state-owned enterprises, controlled by the government.

That means they may have to be bailed-out by the government when the system finally crumbles.

Much of this debt is denominated in U.S. dollars so the situation is made even worse by the strong dollar and the global dollar shortage. Both of those factors make dollar-denominated debt much harder to repay.

The debt system is propped up — for now — by more debt and dishonest accounting. If the banks were forced to write-down bad loans, the system would have collapsed a long time ago.

But one dysfunction that cannot be finessed is cash-flow. As every entrepreneur and small businessperson knows, cash never lies. You either have it or you don’t.

Because of excessive debt and inability to pay, cash flow problems are now reaching epidemic proportions in China.

If firms can’t borrow more or squeeze their suppliers, they will go bankrupt. According to research by Goldman Sachs surveying companies in China, four have defaulted on $3 billion worth of bonds since the middle of November. These defaults are a break with the record in the previous five months from June to October, when only three of the companies surveyed didn’t meet their payments.

Given that China’s companies are drowning in debt, this squeeze on cash flow does not bode well for stability in 2017.

Of course, China could try to grow its way out of the debt problem. This is like the person in the above example suddenly getting a $50,000 raise so he can manage the payments on his $100,000 in MasterCard debt.

Geopolitical analysts at Stratfor summarize the situation as follows:

Clearly there are no easy answers to China’s debt problem, which is looking grimmer by the day. The only painless escape would be on a wave of economic growth, but at this point that seems unlikely. Achieving growth rates of more than 10% is much more difficult for an economy that is already the second-largest in the world, and the global economic environment is not half as favorable to China as it was 15 years ago because the developed world is struggling to manage debt problems of its own.

At home, Chinese wages are considerably higher than they were in 1991, and the economy is less competitive. Because China’s working-age population will soon begin shrinking, ending the productivity gains from the decades long “demographic dividend,” these wage hikes will make it harder for the country to achieve prodigious growth.

China is faced with a mountain of unpayable debt, weaker growth, and a stronger dollar that will make the debt even harder to repay. The Chinese credit bubble has only one feasible solution, China must use its hard currency reserves to bail-out the entire banking and SOE sector and try to start over with a relatively clean balance sheet.

The problem is that the reserves needed for a bail-out are evaporating and liquid reserves may hit zero by the end of 2017.

The dimensions of the problem are vast, and has implications beyond China because China is a main driver of global economic growth.

This could be the snowflake that causes an avalanche in global financial markets.