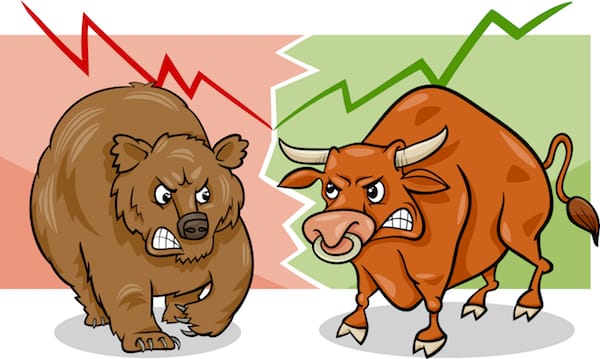 This is really starting to get out of control.

No doubt you’re familiar with the S&P 500, the stock index that measures the performance of the largest US companies.

And as we’ve discussed before, one of the most important benchmarks in measuring whether stocks are overvalued or undervalued is the Price/Earnings, or P/E ratio.

Looking back through more than a century of financial data, the long-term average P/E ratio for the S&P 500 has been about 15.

That’s high– more than 75% higher than the long-term average.

More importantly, since the 1870s, there have been a total of THREE periods in which the average stock P/E ratio was above 26.5.

The first time was around the Panic of 1893.

The second was around the 2000 dot-com crash.

And the third was around the 2008 financial collapse.

See the pattern? Whenever financial markets get overheated, bad things tend to happen.

It’s also important to consider that economic growth worldwide has been slowing.

Global trade growth, for example, is at its lowest level since the financial crisis.

In fact the US economy has gone 11 straight years without seeing 3% GDP growth.

As an example, HSBC is one of the largest banks in the world with operations in dozens of countries.

Two days ago the bank announced that profits had plunged 62% due to slow growth and uncertainty around the world.

That brings me to another major indicator of the stock market– something known as the “Buffett Valuation”.

The Buffett Valuation looks at the total value of the stock market relative to the country’s GDP.

Warren Buffet has called this ratio “probably the best single measure of where valuations stand at any given moment.”

Right now, for example, the total size of the US stock market according to Federal Reserve data is $22.6 trillion.

Meanwhile the total size of the US economy is $18.8 trillion.

This puts the Buffett valuation at around 1.2, meaning the stock market is about 20% larger than the entire US economy.

Historically speaking, this is expensive. Stock markets start getting into trouble when the ratio surpasses 1.0.

On top of everything else, as we discussed yesterday, many of the largest companies in the US have been artificially inflating their stock prices.

They’re taking on billions of dollars in debt to pay out phony dividends and buy back their own shares.

As an example, I just read an article in a major financial publication that General Motors is the “best” stock to buy.

General Motors made $16.5 billion from its ongoing business operations in 2016.

But they had to spend an incredible $29 billion in capital expenditures just to sustain the business.

In order to make ends meet, GM increased total debt by an incredible $40 BILLION over the last two years.

This is seriously the best deal in the market?

None of this adds up.

Look, I don’t have a crystal ball. And if there’s one thing that’s consistent about financial bubbles, it’s that they can last longer than anyone expects.

But is it worth the risk in light of such obvious data?

Over the next several letters, I plan to present some actionable alternatives.

I’m not willing to simply say, “Hey the stock market is overvalued” and leave it at that.

Instead I’ll demonstrate some safe, compelling options where you can achieve strong returns without having to take so many absurd risks.

We’ll start tomorrow with the most obvious one of all.

In the meantime take a look at our best articles about investing.