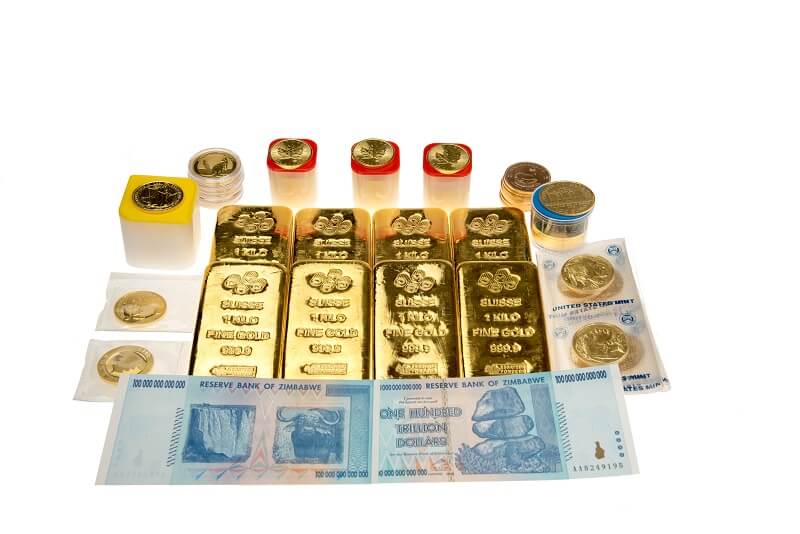 Here in the United States, if you start talking too much about gold and silver, many of the locals quickly look at you like you’re wearing a tinfoil hat and searching for aliens.

Which is perhaps one of the natural consequences of being on the other side of the market as the majority of the crowd. But as legendary investor Jim Rogers is fond of pointing out, if nobody owns an asset, that’s a good sign that it might be time to buy.

So while it may not be so popular to talk about your gold and silver holdings when sitting down for dinner with those in the mainstream investment mentality, that doesn’t mean your decision to own them isn’t a good idea.

Because while gold and silver may not be popular on Wall Street, it’s interesting to consider that many of the biggest players in the global market have a much different view.

“It’s not a given that the world will keep buying U.S. debt at the same levels regardless of American policies and the shifting perceptions of U.S. political and economic power. The Russian and Turkish flight into gold could be a precursor of bigger global shifts.”

In addition to documenting Turkey and Russia’s move away from the dollar, the Miles Franklin blog has offered plenty of commentary about how much gold China has been buying. As well as how countries like Hungary, Germany, and others have also repatriated their gold in recent years.

Which begs the question. If gold is really just some “barbarous relic” as some such as Warren Buffett and Mark Cuban claim, why are the really big customers like the foreign central banks becoming such big buyers? What is it that they see that many in the retail level in the United States don’t seem to notice?

Of course most in the U.S. know little about precious metals because it’s generally not covered by the mainstream financial media. In fact during my time on Wall Street, I can’t remember anyone else I actually worked with who had really ever even thought much about gold.

A few months ago an Egyptian billionaire invested half of his $5.7 billion net wealth into gold. And now even mainstream fund managers like Jeffrey Gundlach and Ray Dalio have been allocating more of their resources towards precious metals. Personally I don’t think all of these investors are incorrect.

Sometimes I think of what’s taking place in the financial markets as the greatest hypnotic thought experiment in history. In that it’s not difficult to see. It’s just that most in the U.S., including myself for a long time, have been so indoctrinated with the status quo, that it’s often just such a stretch for the mind to accept that things could be so out of line.

But remember what happened in 2008. And how just because the crowd didn’t see something developing didn’t mean that it wasn’t there. And my own guess is that most of those who would argue against the case for precious metals are likely simply unaware of many of the developments and trends that are discussed and covered in this blog.

Although perhaps that’s the entire point. To let you know what has a high probability of occurring, before the rest of the market finds out about it. Which at least in this case means buying gold and silver, and following along what some of the biggest investors around the globe are doing.