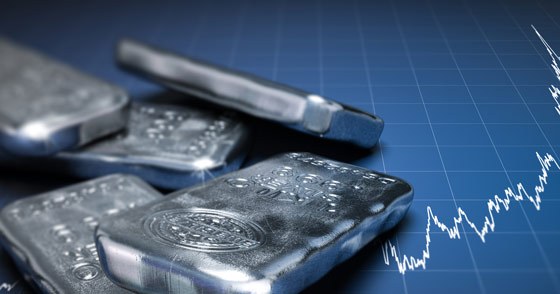 Precious metals are an important component of every investor’s portfolio, and while gold often gets all the hype, another precious metal will be a much better bet in 2017: Silver.

The market for silver continues to tighten as supply has failed to keep up with demand for much of the past decade. Silver is used in all facets of modern life, including electronics, medical devices, engines,  batteries, solar panels, LED lighting, semiconductors, touch screens, dentistry, and nuclear reactors. The list goes on.

Demand for silver is up by more than 35 percent since 2009, while supply only grew by a little more than 10 percent. In 2015 alone, global demand for silver exceeded supply by roughly 129 million ounces, or about 11 percent of overall demand. With silver consumption set to expand indefinitely, the supply deficit will continue to put upward pressure on prices in the years ahead.

The set-up here is fantastic because indications are that we are on the edge of another bull run at a time when silver mining stocks are significantly undervalued. Silver prices had a good run for most of 2016, but have fallen back in recent weeks as the dollar has strengthened and uncertainty surrounding the U.S. presidential election abated. But the pause in the run up in prices will be brief, offering investors an appetizing entry point for a crucial commodity in today’s globalized economy.

Silver may be down 10% from its peak of $20.67 in Q3, but the sell-offs were based on sentiment, not fundamental reality—and this is exactly where smart investment finds opportunity. The strongest documented indication of this is the Q3 earnings of silver miners, which only the savviest of investors are picking up on. Pan American Silver (NASDAQ:PAAS) reported Q3 earnings of an impressive US$43.4 million—up US$9.2 million over the previous quarter—just for starters.

Silver mining costs have plunged and it’s a brilliant time for a new silver company—Silver One (TSXV: SVE & OTC: SLVRF)—which has just acquired 100% interest in three silver plays in Mexico, the largest silver-producing country in the world. It also helps that Silver One has the strong support of a mining legend and has financing in place to move aggressively on exploration and development.

In the pre-bullish environment, investors will be looking to developers in the right place at the right time who can cash in on low-cost mining to scoop up and develop new pure play properties.

We’re sitting right now in the middle of an anomaly that fundamentals dictate will correct itself very soon. Once undervalued silver starts climbing higher again and capital starts pouring in, pushing prices higher, the low-buy opportunities will fade.

Here are 10 reasons to keep a close eye on Silver One in the early New Year:

Global investors are magnetically drawn to precious metals in times of uncertainty and instability. Global tensions are as high as they were in the 9/11 aftermath, when precious metals soared phenomenally as everyone hedged bets against global instability.

An incoming U.S. president who is inflation-bound will also give silver a boost—as will a definitive ‘Brexit’ orchestrated by the British prime minister, and the generally explosive global situation. When all else fails around us, silver (and gold) are the rising saviors. 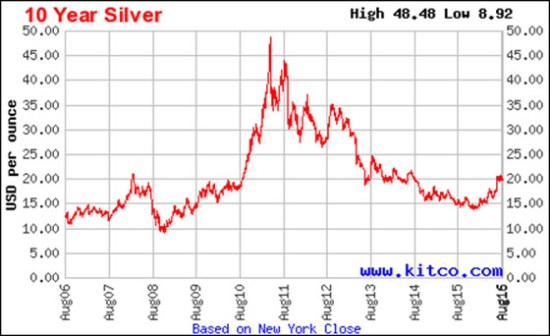 While average silver prices in the earlier bull run this year jumped from US$14.86 to US$20.67, the costs to produce it per ounce have dramatically dropped over the past four years, starting at US$22.26 in 2012, dropping all the way down to an amazing US$10.10 as of the end of September 2016.

This is the cushion that’s not only kept silver miners from nose-diving in the post-election period, but has also kept them remarkably profitable.

But let’s look at Mexico, specifically. If Endeavor Silver (NYSE:EXK) is anything to go by, we can see where Silver One might go. Endeavor owns three underground silver and gold mines in Mexico’s Durango and Guanajuato states and saw its costs fall 24% to only US$11.47/ounce in Q32016, at a time when silver was going for upwards of US$19.ounce.

The Silver Institute says that physical silver has seen a major deficit over the past three years as a result of the closure of base metals mines. At the same time, the Institute sees investor demand on the rise, alongside industrial demand. The Institute is even more bullish on silver than it is on gold.

But here’s where it gets even more interesting for silver: The uses for silver are seemingly countless. From use in anti-smog devices in China, to medical uses and the solar industry, the demand for silver has a much brighter future than even the immediate fundamentals suggest. 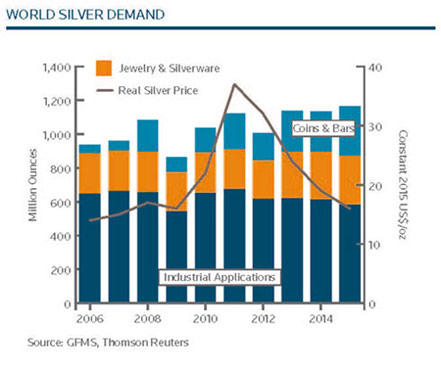 Silver One has acquired 100% interest in three key silver plays in the biggest silver-producing venue in the world—Mexico.  Three of the world’s 10 biggest silver mines are in this country.

In late September, Silver One scooped  two past producing mines and a strategically located,  high-potential silver exploration property.  The  two past producers have historic resources, amounting to 10 million ounces of silver on one and about 4.7 million ounces on the other. There is potential further upside here with good high-grade lead zinc.

This is a pure play, and in the silver arena, this is hard to come by. The fundamentals for a pure play are much clearer. With silver outperforming gold year-to-date, pure exposure to silver is ideal.  On November 25, the SPDR Gold Shares ETF (GLD), which tracks gold prices, jumped 12%, while the iShares Silver Trust ETF (SLV) rose 19% on the same day. This looks set to stay on track, setting the stage for an advantage for miners offering pure exposure to silver.

Then they dig deeper into the rest of the team—looking for that perfect combination of experienced geologists, explorers and ideally someone with access to the inside track in Mexico. Silver One has all of that.

Silver One Chairman Luke Norman is a founder of Gold Standard Ventures, a key explorer in Nevada whose shareholders include GoldCorp (NYSE:GG) and OceanaGold (NASDAQ:OCANF).

The inside track is also channeled here: When Silver One acquired the three Mexico plays, they also got former First Mining Finance (OTCQX:FFMGF) director Raul Diaz, a Mexican-American with actionable knowledge of the playing field in this venue.

Not only is Silver One’s financing in place to meet its near-term objectives, but it’s also got strong access to capital for its ambitious development and expansion plans—because further acquisitions are definitely part of the game here. The company’s connection to First Mining Finance, which owns about 7% of the company, certainly doesn’t hurt when it comes to raising capital. Silver One did an original CAD$500,000 capital-raising phase and then another CAD$2.5 million—and the plan is to continue that in 2017.

Last year’s bull market might have been focused on producers, but Q42016 and as we head into the New Year, it’s an explorers game all the way. As silver seems set to ride the bull, there is a shortage of high-quality, pure play silver miners.

Silver One was only founded some four months ago, and it’s already scooped up three major Mexican silver plays and raised around CAD$3 million. It’s has momentum, right out of the gate, that’s hard to compete with. When it comes down to the actual work, too, the company has moved quickly on exploration, with comprehensive geochemical sampling presently underway. It’s hard to keep up with them, but look out for results from this sampling in the second half of January.

Right now, they’re hot on the acquisition trail reviewing numerous potential acquisitions and driving to announce something new in the first quarter of the New Year.

For any investor, the real money to be made is in the early stage of development. For silver miners, they’ll be looking for low costs, ambitious growth plans and funds to back it up with a clear path to future capital. Silver One ticks all of these boxes, and the undervaluation of this new venture makes for a unique low-buy opportunity. But the bigger picture is about silver itself, which could continue to out-perform gold and while next year is likely to see both precious metals rise, the consensus seems to be that silver will maintain the lead.