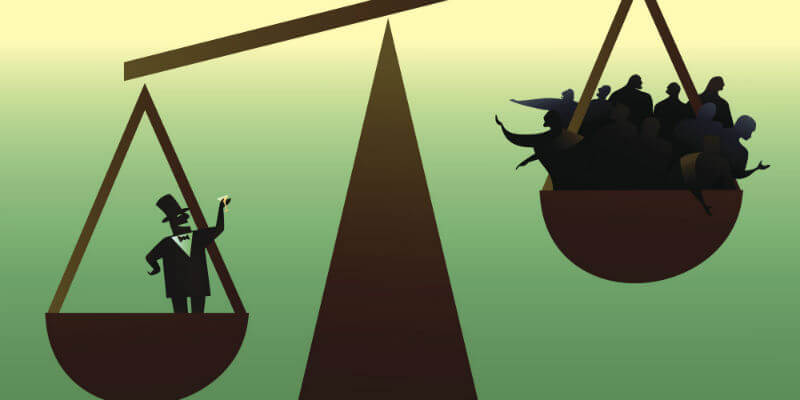 Inflation is not caused by the butcher, the baker, or the restaurant owner, although they usually get blamed. On the contrary, by producing real wealth, they fight the effects of inflation. Inflation is the work of government in cahoots with the bankers, since government and banks control the creation of currency.

In a true free-market society, the only way a person or organisation can legitimately obtain wealth is through production. “Making money” is no different from “creating wealth,” and money is nothing but a certificate of production. In our world, however, the government and banks can create currency at trivial cost, and spend it at full value in the marketplace. If taxation is the expropriation of wealth by force, then inflation is its expropriation by fraud.

To inflate, a government needs complete control of a country’s legal money. This has the widest possible implications, since money is much more than just a medium of exchange. Money is the means by which all other material goods are valued. It represents, in an objective way, the hours of one’s life spent in acquiring it. And if enough money allows one to live life as one wishes, it represents freedom as well. It represents all the good things one hopes to have, do, and provide for others. Money is life distilled.

As the state becomes more powerful and is expected to provide more resources to selected groups, its demand for funds escalates. Government naturally prefers to avoid imposing more taxes as people become less able (or willing) to pay them. It runs greater budget deficits, choosing to borrow what it needs. As the market becomes less able (or willing) to lend it money, it turns to inflation, selling ever greater amounts of its debt to its central bank, which pays for the debt by printing more currency.

As the supply of currency rises, it loses value relative to other things, and prices rise. The process is vastly more destructive than taxation, which merely dissipates wealth. Inflation undermines and destroys the basis for valuing all goods relative to others and the basis for allocating resources intelligently. It creates the business cycle and causes the resulting misallocations and distortions in the economy.

We know the old saying “The rich get richer, and the poor get poorer.” No one ever said life had to be fair, but usually there is no basis why the rich must get richer. In a free-market society the sayings “Shirtsleeves to shirtsleeves in three generations” and “A fool and his money are soon parted” might be better descriptions of reality. We do not live in a free-market society, however.

The rich and the poor do have a tendency to draw apart as a society becomes more bureaucratic, but not because of any cosmic law. It’s a consequence of any highly politicized system. Government, to paraphrase Willie Sutton, is where the money is. The bigger government becomes, the more effort the rich, and those who want to get that way, will put into making the government do things their way.

The point is not that rich people are evil (the political hacks who cater to them are a different question). It is just that in a heavily regulated, highly taxed, and inflationary society, there’s a strong tendency for the rich to get richer at the expense of the poor, who are hurt by the same actions of the government.

Always, and without exception, the most socialistic, or centrally planned, economies have the most unequal distribution of wealth. In those societies the unprincipled become rich, and the rich stay that way, through political power. In free societies, the rich can get richer only by providing goods and services others want at a price they can afford.

As inflation gets worse, there will be a growing public outcry for government to do something, anything, about it.

People will join political action committees, lobbying groups, and political parties in hopes of gaining leverage to impose their will on the country at large, ostensibly for its own good.

Possible government “solutions” will include wage and price controls, credit controls, restrictions on changing jobs, controls on withdrawing money from bank accounts, import and export restrictions, restrictions on the use of cash to prevent tax evasion, nationalization, even martial law—almost anything is possible. None of these “solutions” addresses the root cause — state intervention in the economy. Each will just make things worse rather than better.

What these solutions all share is their political nature; in order to work they require that some people be forced to obey the orders of others.

Whether you or I or an Uber driver on the street thinks a particular solution is good or not is irrelevant. All of the problems that are just beginning to crash down around society’s head (e.g., a bankrupt Social Security system, federally protected banks that are bankrupt, a monetary system gone haywire) used to be solutions, and they must have seemed “good” at the time, otherwise they’d never have been adopted.

The real problem is not what is done but rather how it is done: that is, through the political process or through the free market. The difference is that between coercion and voluntarism. It’s also the difference between getting excited, frustrated, and beating your head against a wall and taking positive action to improve your own standard of living, to live life the way you like it, and, by your own example, to influence society in the direction that you’d like to see it take — but without asking the government to hold a gun to anyone’s head.

Political action can change things. Russians in the ’20s, Germans in the ’30s, Chinese in the ’40s, Cubans in the ’50s, Congolese in the ’60s, South Vietnamese and Cambodians in the ’70s, then Rhodesians, Bosnians, Rwandans, and Venezuelans today are among those who certainly discovered it can. It’s just that the changes usually aren’t very constructive. 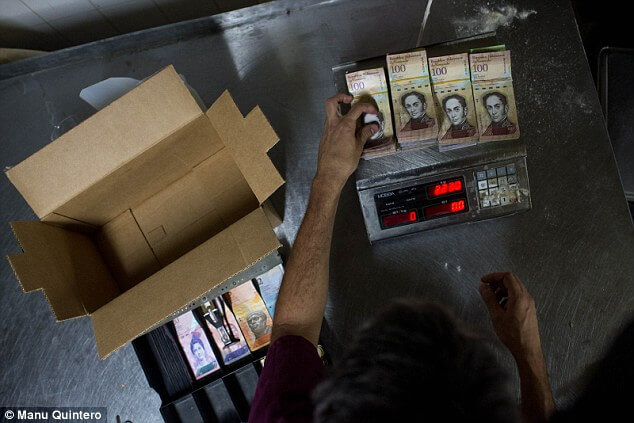 That’s the nature of government; it doesn’t create wealth, it only allocates what others have created. More typically, it either dissipates wealth or misallocates it, because it acts in ways that are politically productive (i.e., that gratify and enhance the power of politicians) rather than economically productive (i.e., that allow individuals to satisfy their desires in the ways they prefer).

It’s irresponsible to base your own life on what hundreds of millions of other people and their rulers may or may not do. The essence of being a free person is to be causative over your own actions and destiny, not to be the effect of others. You can’t control what others will do, but you can control yourself.

If you’re counting on other people, or political solutions of some type, most likely it will make you unwary and complacent, secure in the hope that “they” know what they’re doing and you needn’t get yourself all flustered with worries about the collapse of the economy.